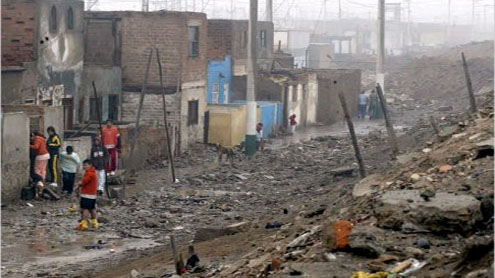 The magnitude 6.3 quake hit about 15 kilometers (9 miles) southeast of Ica, at a depth of 39.2 kilometers (24.4 miles), according to the U.S. Geological Survey.Civil defense officials reported that 119 people were injured and 40 homes were either damaged or destroyed. Power was temporarily down in parts of Ica, they said. State-run TV Peru reported that police were patrolling the area while officials assessed damages.

A 6.9-magnitude earthquake struck the same region in October, leveling dozens of buildings and leaving some homeless.In 2007, an 8.0-magnitude quake struck southwestern Peru, killing more than 500 people and injuring more than 1,000.The most serious damage from that quake occurred in towns and cities along the country’s Pacific coast south of Lima, including Chincha, Canete, Pisco and Ica. – CNN