No cash to West until KSA given more clout 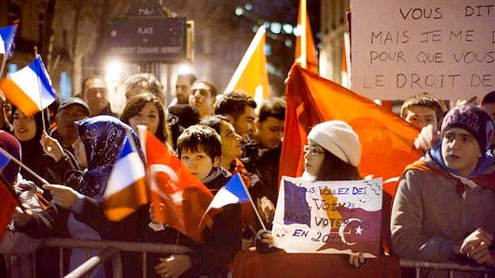 RIYADH: Big emerging economies such as Saudi Arabia, India and China will not aid the West in its financial crisis unless they are given more influence in running the global economy, Prince Turki Al-Faisal, Saudi ex-envoy to US and UK, said on Monday.

“The financial crisis and great recession were born in the West, developed in the West yet hit hard throughout the world,” he said while addressing the Global Competitiveness Forum (GCF).He said this showed the need to give emerging economies more representation and more authority in global bodies such as the Group of 20 nations, a forum of the world’s major industrialized countries, and the Financial Stability Board (FSB), which discusses regulation of banks and financial markets.

So far, however, organizations such as the FSB “have yet to take these new realities into consideration,” while the G20 is making little headway in coordinating economic policymaking around the world, he said. Big emerging economies’ lack of influence in international bodies reduces their willingness to contribute money to fight the global crisis, the prince warned.Prince Turki noted that the Saudi central bank’s holdings of roughly $360 billion in foreign securities, most of them in the form of US Treasuries, helped to underpin the value of the US dollar and the stability of the global economy.

He said his country would continue to play a stabilizing role, but added that because it faced its own challenges, including the need to create jobs for a young population and cope with political strains across the Arab world, it would need in the future to focus more of its resources domestically and within the Middle East.The Arab Monetary Fund, a regional body which lends to governments, and Saudi development funds such as the Islamic Development Bank need to be strengthened to help the Middle East develop economically, he said.“We will continue to support our neighbors where we are able, including financially, but now we also face new exigencies of our own,” Turki said. – Arabnews