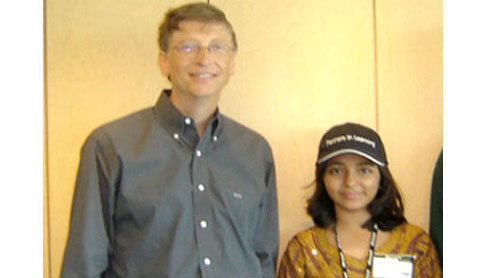 Arfah’s father, colonel ret Amjad Karim confirmed to the media that officials from Microsoft had contacted him. He said the officials told him that a panel of doctors had been formed on the directives of Bill Gates who would assist Pakistani doctors in extending medical treatment.He said that the US doctors will also be coming to Pakistan if needed. Karim said that Arfah Karim could be flown to US for treatment. – Internet Media Inspiration