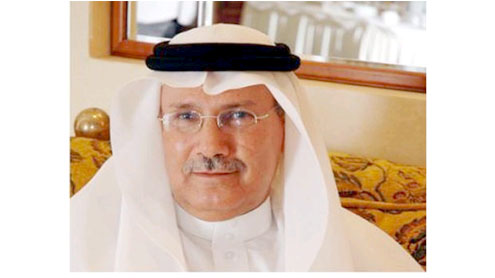 RIYADH: Custodian of the Two Holy Mosques King Abdullah reaffirmed in his latest directive to the National Anti-Corruption Commission (NACC) on Tuesday to take action against any violators from the government sector.

The king said there should be no exceptions in implementing an anti-graft campaign against anybody.King Abdullah issued a directive to all government agencies stressing the need for their cooperation in rooting out corruption and other malpractices.Speaking on the issue, president of the commission Muhammad Al-Sharief said all concerned agencies in the commission’s jurisdiction have to answer queries and provide updates.

Al-Sharief said there was a lack of cooperation from a number of government agencies in implementing the anti-corruption drive.He said King Abdullah had issued a decree on Dec. 26 requiring government agencies to cooperate with the commission and to take action on any observations within 30 days.Saudi Arabia made remarkable headway in its anti-graft campaign recently by announcing the rules and regulations of the National Anti-Corruption Commission, which aims to ensure transparency and honesty in the functioning of governmental agencies as part of the Kingdom’s drive against financial and administrative irregularities and corrupt practices.

Al-Sharief said the royal decree’s directives include submitting a report to King Abdullah on organizations that did not comply with orders asking them to cooperate with the commission and help it do its job.Al-Sharief said his organization had issued a circular asking public sector bodies to put up signboards by all government projects displaying certain information and the date of completion so the work could be monitored.It has also issued a resolution that the commission would work eight hours a day, five days a week.

The commission head had expressed disappointment recently at the alleged uncooperative attitude of a number of government authorities. As a result, he said the commission would be publishing the names of these organizations.The commission will implement the government’s orders and instructions regarding public matters and protection of public interest.

It will also aim to root out various forms of corruption in awarding contracts related to public work, including operation and maintenance contracts.The commission will provide channels for members of the public with information about corruption to directly contact the commission.It will conduct investigations to verify such information and take necessary action, SPA reported.The commission will forward cases related to financial and administrative corruption to supervisory authorities, such as the Bureau of Investigation and Prosecution. It will also try to retrieve any bribe money involved in corruption cases. – Arabnews