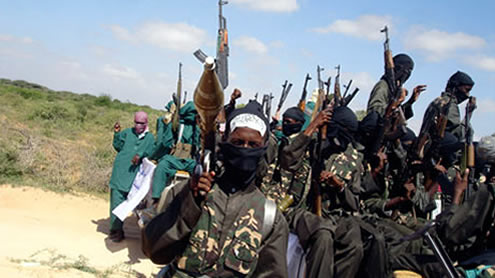 Senior British officials believe that a “last push” in 2012 is likely to definitively destroy al-Qaida’s remaining senior leadership in Pakistan, opening a new phase in the battle against Islamist terrorism.

So many senior members of the organisation have been killed in an intense campaign of air strikes involving missiles launched from unmanned drones that “only a handful of the key players” remain alive, one official said. However, well-informed sources outside government and close to Islamist groups in north Africa said at least two relatively senior al-Qaida figures have already made their way to Libya, with others intercepted en route, raising fears that north Africa could become a new “theatre of jihad” in coming months or years.

“A group of very experienced figures from north Africa left camps in Afghanistan’s [north-eastern] Kunar province where they have been based for several years and travelled back across the Middle East,” one source said. “Some got stopped but a few got through.” It is unclear whether the moves from west Asia to north Africa are prompted by a desire for greater security – which seems unlikely as Nato forces begin to withdraw from Afghanistan – or part of a strategic attempt to exploit the aftermath of the Arab spring. They may even be trying to shift the centre of gravity of al-Qaida’s effort back to the homelands of the vast majority of its members.

Since the death of Osama bin Laden in a US special forces raid in Pakistan last May, other senior leaders have also been eliminated, even though the numbers of strikes are lower than last year. The problems for al-Qaida in west Asia have been compounded by a smaller flow of volunteers reaching makeshift bases in Pakistan’s tribal zones. “I think they are really very much weakened,” said the official. “You can’t say they don’t pose a threat – they do – but it’s a much lesser one.” British and US intelligence sources have told the Guardian they estimate that there are less than 100 “al-Qaida or al-Qaida-affiliated” militants in Afghanistan, of whom only “a handful” were seen to pose a threat internationally to the UK or other western nations.

Officials dealing with Afghanistan and Pakistan say they see al-Qaida’s activity as “effectively marginal” to events there. Instead, local networks, such as that run by the Haqqani family in the semi-autonomous tribal agency of North Waziristan on the Afghan-Pakistan border, are deemed more important. Repeated efforts to push the Pakistani authorities to take military action against the Haqqanis have been rebuffed. Western and international officials said senior Pakistani military officers insisted they needed the Haqqani network, which has not attacked Pakistani targets though it has repeatedly struck Nato and other western targets in Afghanistan, to keep militant groups that make up the Pakistani Taliban network “under control”. These latter have repeatedly struck civilian and military targets within Pakistan.

Western officials dismissed the argument as far-fetched and unrealistic. One international official said, however, that there was evidence the Haqqani family had been acting as intermediaries between the Pakistani secret services and militant groups and described the Pakistani position as “understandable”. “To move against the Haqqanis is a no-win option for the Pakistani military. If they suffer heavy casualties and fail to eliminate the group, they lose their authority and a key interlocutor. If they succeed, they lose a key asset,” the official said. Though the hunt for Ayman al-Zawahiri, the veteran Egyptian militant strategist who replaced Bin Laden as leader of al-Qaida, is a top priority, western officials say there is equal emphasis on eliminating those immediately below him in the now somewhat chaotic hierarchy.

These include Saif al-Adel, an experienced operator who may have returned to Pakistan, and Abu Yahya al-Libi, a Libyan in his mid-40s who escaped from a US prison in Afghanistan and has featured in propaganda videos. Adel interests western intelligence services as “he is exactly the sort of low-profile, effective type who you don’t want”. Some doubt he is in Pakistan at all, suggesting he may be in detention in Iran. “The fact that we can’t be sure where someone like [Adel] actually is underlines how problematic dealing with this whole issue still is. There’s still a lot we simply don’t know,” one official said. Few doubt that al-Qaida is evolving. “Al-Zawahiri’s leadership is transitional and he is handicapped by his own old school background. We are waiting to see what a new al-Qaida might look like,” the official said.

Overall, analysts say, the picture is one of fragmentation, with groups in Somalia, Yemen and elsewhere pursuing local agendas. One example is the apparent move of al-Qaida-linked militants in Somalia into humanitarian aid, a departure from the core leadership’s past strategies. In Nigeria, the Boko Haram group has had financial help from the affiliate al-Qaida in the Islamic Maghreb but is not thought to have any interest in being part of al-Qaida global. In Europe, security services say levels of radicalisation have stabilised. Analysis of a list of “recent martyrs” published by the Islamic Movement of Uzbekistan, which shares al-Qaida’s ideology and is also based in Pakistan’s tribal areas, appears to show that fewer number of Europeans than feared reached the group, previously been favoured by German-based extremists. Of the near 100 listed, only one was German and most appeared to be local men.

The move to Libya is seen as particularly alarming. William Hague, the foreign secretary, recently warned that mercenaries driven out of Libya could switch allegiance to al-Qaida in the Islamic Maghreb. While this seems unlikely, sources in Libyan mainstream Islamist groups say there is evidence of grassroots activism by individuals linked to al-Qaida that could lead to new cells being formed. In a recent communique, Zawahiri made a particular appeal to Libyan fighters not to lay down or hand in their weapons. – Guardian