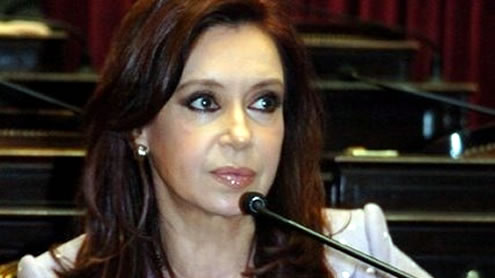 The Argentine government has won control of the country’s newsprint supplies, after a vote in the Senate.

The legislation, which passed in the lower house last week, says the production, sale and distribution of newsprint is of national interest.Correspondents say it is a victory for President Cristina Fernandez, who has long been at odds with one of the main media groups, Clarin.However, critics have denounced the move as an attack on press freedom.The law, approved by 41-26 votes in the Senate, orders the sole producer of newsprint, Papel Prensa, to operate at maximum capacity to meet demand.

The Clarin media group is the largest sharehold of Papel Prensa, with a 49% stake; another major media group La Nacion owns some 22.5%, while the state has 27.5%.Government supporters say that the new measures will mean newsprint is available to all newspaper publishers at a fair price.But Clarin and La Nacion, who have controlled Argentina’s newsprint since the early days of military rule in the mid-1970s, say the move is an underhand attempt to expropriate private property.

Newsprint has been a key weapon in the battles between President Fernandez’s government and opposition media in Argentina, correspondents say.President Fernandez has long argued that Clarin, which has newspapers, television channels and radio stations, gives unfair coverage to her and her government.Ms Fernandez has also alleged that the sale of Papel Prensa to Clarin and La Nacion during the 1976-1983 military dictatorship was illegal – charges the companies deny.

On Wednesday, Argentine police raided the offices of a cable television network owned by Clarin under an order by a judge investigating alleged unfair competition.Cablevision said it was part of a “systematic campaign of harassment” against the Clarin group, but the government denied any involvement in the raid. – BBC

US $10m bounty for ‘al-Qaeda man’ based in Iran