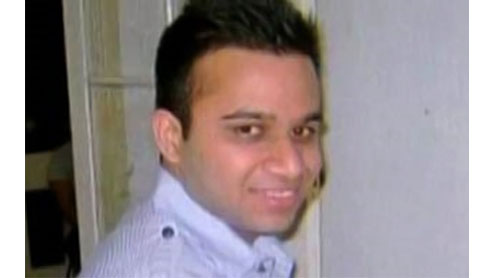 An Australian teenager who stabbed an Indian student to death in an attack that sparked a diplomatic row with India has been jailed for 13 years.

The 17-year-old, who cannot be named, admitted killing Nitin Garg in a Melbourne park in January 2010.The attack – and a string of others against Indian nationals in Australia – caused anger in India over what some commentators called racist violence.Indian student numbers dropped in the wake of the row.Mr Garg, an accounting graduate, was stabbed multiple times as he walked to work in Melbourne.

The teenager, who pleaded guilty to murder and attempted robbery, had been trying to steal his mobile phone.Judge Paul Coghlan said that the crime was opportunistic rather than racist, and that Mr Garg had been an “innocent and random victim”.The teenager will be eligible for parole in eight years.Mr Garg’s death followed several muggings and beatings of Indian nationals in Australia, and reports of educational scams targeting Indian students.

These led to street protests in Melbourne and Sydney in 2009, and sharp comments from the Indian government.Delhi issued a travel advisory for Melbourne in the wake of Mr Garg’s death.The Australian police said in mid-2009 that they believed some of the attacks were racially motivated and some were opportunistic. – BBC

Republicans under pressure on payroll tax

Republicans under pressure on payroll tax