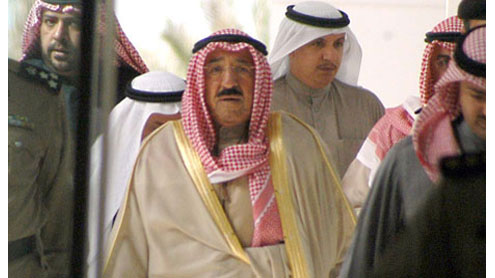 The decision comes nearly two weeks after the emir dissolved Parliament following the resignation of the government of Prime Minister Sheikh Nasser Al-Mohammad Al-Sabah last month in one of the deepest political crises in the oil-exporting state.At the time, the emir had set no date for an election, which under the constitution must be held within two months from the date Parliament is dissolved.The OPEC member and US ally has been locked in a long-running political battle between the government and the 50-member Parliament.

Opposition lawmakers and protesters stormed Parliament last month to demand the resignation of Sheikh Nasser, amid allegations of mismanagement and corruption, which he denies. The raid on Parliament came after the Cabinet blocked an opposition request to question the prime minister. The opposition said the Cabinet’s move was unconstitutional.The crisis forced Sheikh Nasser and his Cabinet to step down, and the emir has since named outgoing Defense Minister Sheikh Jaber Al-Mubarak Al-Sabah, another member of the ruling family, as the new prime minister.The emir last week swore in a new government consisting mainly of ministers from the previous administration of Sheikh Nasser, to prepare for the election.

Meanwhile, authorities on Sunday released 20 stateless people arrested two days earlier during a protest that was forcibly dispersed by riot police, a judicial source said.The release came as another group of the so-called Bidoon went on trial in connection with similar protests earlier this year and were charged with illegal assembly with the intent to commit crimes.The men who were freed had been arrested Friday when hundreds of Bidoon demonstrated in the Jahra area northwest of Kuwait City demanding citizenship and other basic rights. Two teenagers were among those freed after they were made to pledge that they will not take part in protests in the future, the source said.

The 17 Bidoon denied any wrongdoing at the start of their trial, during which they were also charged with assaulting security forces. They are among a group of 52 stateless people facing trial on similar charges in Kuwait.A first group of 31 stateleess people were charged last Monday with illegal assembly and assaulting police during demonstrations earlier this year to demand citizenship and other basic rights.Mubarak Al-Shemmari, one of several lawyers who volunteered to defend them, said last week that the defendants face between three and five years in jail if the charges were proven. – Arabnews