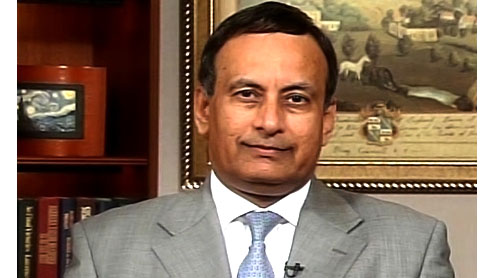 LAHORE : As the unbridled memogate scandal keep sending ripples in Pakistan politics, a top US man has jumped into the legal battle to help prove that Hussain Haqqani, ex-Ambassador to Washington, is innocent in the entire episode.

The former US National Security Advisor James Logan Jones has handed over his affidavit to Asma Jahangir, Haqqani’s counsel in the Supreme Court of Pakistan, stating that Mr Haqqani had nothing to do with the memogate.“Before May 9, 2011, I received a phone call from Mr Mansoor Ijaz. I have known Mr Ijaz in a personal capacity since 2006. During the call, Mr Ijaz mentioned that he had a message from the ‘highest authority’ in Pakistan government which he asked me to pass on to then Chairman of the Joint Chiefs of Staff Admiral Michael Mullen,” claimed Mr James Jones in the affidavit, a copy of which was also available with The Nation.

The affidavit would be submitted to the SC before the next date of hearing, Dec 19. A nine-member larger bench of SC headed by Chief Justice Iftikhar Mohammad Chaudhry is hearing the memogate case. Earlier, the court restrained Haqqani from leaving the county.Mr Jones maintained, “At no time during the call do I remember Mr Ijaz mentioning Ambassador Haqqani and he gave me no reason to believe that he was acting at the direction of Husain Haqqani, with his participation, or that Mr Haqqani had knowledge of the call or the contents of the message,” and added that he informed Ijaz that he would not forward an oral message of this type to Admiral Mullen and that if he wanted anything forwarded it would have to be in writing.

On May 9, Jones says, he received an e-mail on his personal address from Ijaz attaching an unsigned memo. “The memo was not marked classified or restricted. It was my understanding that this memo was related to the ongoing investigation in Pakistan,” Jones further claimed in the affidavit.Jones was of the view that the contents of the memo were similar in nature to the phone call he had with Ijaz a day or two earlier. Mr Ijaz again stated that the memo was authorised by the “highest authority” within the Pakistan government, he said, adding that Mr Ijaz asked him to deliver the memo to Admiral Mullen.

“It was my assumption that memo was written by Mr Ijaz, since the memo essentially put into writing the language he had used in our telephone conversation earlier. I do not recall whether Mr Ijaz claimed that Ambassador Haqqani had anything to do with the creation of the memo,” claimed Jones, adding he had no reasons to believe that Ambassador Haqqani had any role in the creation of memo, nor that he had any prior knowledge of the memo.

Jones, who is also a retired US Marine Corps General, claimed that upon reading of the memo that he was asked to forward to Admiral Mullen, “it struck me a highly unusual that the ‘highest authority’ in the Pakistan government would use Mr Ijaz”, a private citizen and part-time journalist living in Europe, as a channel for this communication. Mr Jones’s personal opinion was that the memo was probably not credible.

As he was in the private sector, and not working for the US government in any capacity at the time he received the memo, he felt obligated to forward it, as requested, to Admiral Mullen, Jones further stated. “Mr Mullen in his official capacity was better able to make a judgment as the memo’s credibility and determine any future course of action with regard to the memo,” he said. As, accordingly on May 10, he emailed the memo to Admiral Mullen “because it was my understanding from admiral Mullen’s public statement on the matter that he received the memo, did not find it credible, and did not take any action”, Jones says at the end of his statement.