Euro, Pakistan among top US risks in 2012 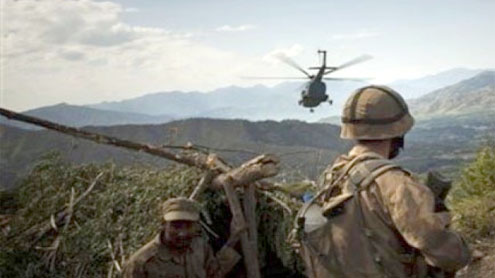 WASHINGTON: The euro crisis, political instability in Saudi Arabia and conflict with Pakistan have emerged as top potential threats facing the United States in 2012, an influential think-tank said Friday.

The Council on Foreign Relation’s Center for Preventive Action anonymously surveyed US officials and experts to compile an annual list of the most plausible conflicts for the United States in the new year.The 2012 list elevated several contingencies to the top tier of risks: an intensified euro crisis, which could plunge the United States back into recession; Saudi instability, which would threaten global oil supplies; and a US conflict with Pakistan prompted by an attack or counter-terrorism operation.

Threats that remained at the top of the list from last year included a potential incident between the United States and China, internal instability in Pakistan, intensified nuclear crises with Iran or North Korea, and a spillover of drug-related violence from Mexico.Micah Zenko, a fellow at the Council on Foreign Relations who focuses on conflict resolution, said that the survey was designed to fill a gap as the US government has a poor record forecasting future instability and conflict.

“It is a perennial problem to get policymakers to focus on future challenges when dealing with the tyranny of the inbox,” Zenko said, referring to the overwhelming flow of messages.“But in an age of austerity it has never been more important to forecast, prevent or mitigate plausible contingencies that could result in an expensive and long-lasting US military involvement,” he said.

The survey also added Bahrain as a “tier-two” risk to the United States, citing fears that growing instability in the Sunni-ruled kingdom could spur fresh military action by Saudi Arabia or Iran.The survey elevated the risk of conflict with Pakistan amid high tensions in 2011 following the US operation that killed Osama bin Laden. But the think-tank removed the potential for military escalation between Pakistan and arch-rival India from the top tier of risks.

Other risks that were downgraded or removed from last year included: