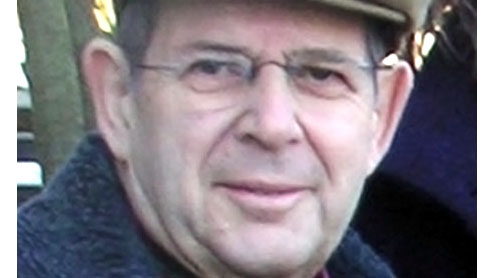 Al-Qaeda says it has 70-year-old US aid expert Warren Weinstein, who was kidnapped by armed men in the Pakistani city of Lahore nearly four months ago.

In a video, al-Qaeda leader Ayman al-Zawahiri said he would be freed if the US stopped air strikes in Afghanistan and Pakistan, among other demands.Mr Weinstein is a former USAID worker who has lived in Pakistan for five years.US officials have not said publicly who they believed was holding him.”Just as the Americans detain whomever they suspect may be connected to al-Qaeda or the Taliban even in the slightest of ways, we have detained this man who has been involved with US aid to Pakistan since the 1970s,” Zawahiri said in the 31-minute video.

He also demanded that America stop air strikes on Somalia and Yemen, according to a US monitoring group, Site Intelligence.And he called for the release of al-Qaeda and Taliban suspects around the world, including the 1993 World Trade Center bombers.Zawahiri confirmed, too, an announcement by US officials in August that his Libyan deputy, Atiyah Abd al-Rahman, had been killed in an air strike in Pakistan’s north-western tribal region. “The retaliation, with permission from Allah, will be taken against those crusader Westerners who killed him [Rahman] and his two sons, and killed hundreds of thousands of our brothers, sons, women, and sheikhs, and occupied our countries [and] looted our wealth,” said Zawahiri.

He took over at the top of the militant network this year after Osama Bin Laden was killed in May by US special forces at his hideout in the Pakistani city of Abbottabad.In the video, Zawahiri reportedly addressed Mr Weinstein’s family, telling them not to believe any claim by US President Barack Obama that he would try to free the hostage.”He might say to you, ‘I sought to release your relative, but al-Qaeda was stubborn.’ Do not believe him,” Zawahiri was quoting as saying.”He might say to you, ‘I tried to contact them and they did not answer.’ Do not believe him.”

Twelve days after Mr Weinstein’s abduction on 13 August, Lahore police said he had been freed, but they then retracted the claim. The US embassy in Islamabad said at the time it had no evidence he had been released.Mr Weinstein was snatched before dawn when eight gunmen broke into his home. He was said to be the country director in Pakistan for JE Austin Associates, an American firm that advises a range of Pakistani business and government sectors.

Mr Weinstein reportedly lived mainly in Islamabad, but also travelled to Lahore. He was described on the firm’s website as an “expert in international development with 25 years’ experience”.Three security guards and Mr Weinstein’s driver were held for three months by police as they investigated whether someone close to him had leaked details of his movements.

However, in mid-November police said they had no leads on the kidnapping.While the abduction of Pakistanis for ransom is common, only a few foreigners have been targeted by militant and criminal groups.In 2002, Wall Street Journal reporter Daniel Pearl was kidnapped in the southern Pakistani city of Karachi and later beheaded.In July, a Swiss couple was kidnapped in the south-western province of Balochistan.

Three months later, the Pakistani Taliban said they did it and a video was released of the couple pleading for their lives. They are still missing.Five-year-old British boy Sahil Saeed was abducted when visiting his grandmother’s home in Punjab province in March 2010.He was released 12 days later after his family paid a $180,000 (£114,000) ransom.﻿ – BBC