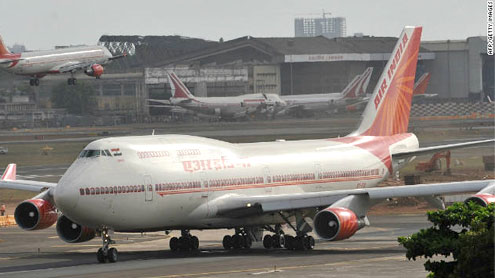 Mumbai: Air India has reached broad agreement with a consortium of 26 banks to restructure Rs180bn ($3.45bn) in debt and keep the loss-making state-owned carrier airborne, an Indian official said on Tuesday.

As part of the deal the government is considering repaying $3.45bn in Air India’s debts over 10 years, a move that is likely to anger the country’s ailing private-sector airlines. The move comes as India’s aviation ministry proposed allowing foreign airlines to take a stake of up to 26% in domestic carriers, which could provide them with much needed funding.Air India, which has an estimated net debt of more than $9bn and is expected to lose another $1.5bn this year, has received Rs32bn (about $615m) in government handouts in the past two and a half years. At the same time private-sector airlines have been living hand-to-mouth because of soaring fuel prices and a severe price war set in motion by the state-run carrier.

Industry executives say fare-slashing by Air India has put pressure on private airlines to hold down their own fares despite the number of passengers having increased by nearly 20% this year. Kingfisher Airlines, Jet Airways and SpiceJet have all lost more than 60% of their market value since the beginning of the year, while the Bombay Stock Exchange’s benchmark Sensex index fell 22% during the same period.Saharan Lillaney, aviation analyst at Angel Broking in Mumbai, said: “The restructuring is good for the industry as the government will force Air India to become more competitive by raising ticket prices.”

Manmohan Singh, India’s prime minister, and Vayalar Ravi, aviation minister, met the heads of the country’s largest private-sector airlines last weekend but no agreement was reached over potential government assistance.Apart from allowing foreign carriers to invest in Indian ones, the aviation ministry has also initiated talks with local state governments to cut the sales tax on jet fuel in a bid to help the ailing airlines. The plan is to halve the tax, which varies from state to state at between 8 and 24%.

Vijay Mallya, chairman of Kingfisher, did not attend the meeting with the prime minister, despite his cash-strapped carrier — which was forced this month to cancel 50 flights a day — being the worst affected by the sector’s troubles.Mr Mallya, who also controls the country’s largest drinks group by sales, told the Financial Times on November 17 that he was close to securing a $370m deal with unnamed Indian investors and a banking consortium to save his group. However, he has yet to announce a final deal. – CNN