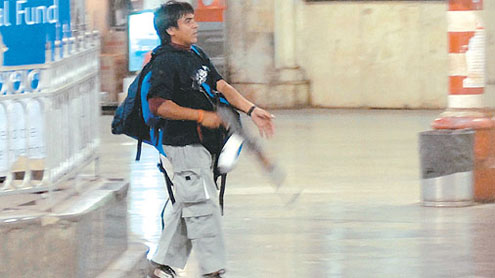 MUMBAI: The state government might have spent three times the amount it claims to have incurred on Pakistani gunman Ajmal Amir Kasab. On Monday, the home department led by senior NCP leader R R Patil had submitted that the state government had spent Rs 16 crore on Kasab till date.

But a day later, if top police brass and bureaucrats associated with the case are to be believed, it transpires that a whopping Rs 48.75 crore has been expended on the jailed Pakistani terrorist who is the main accused in the deadly terror attack on Mumbai on November 26, 2008.”Prima facie, it appears that while arriving at the cost, the home department has not done its home work properly. From our estimates, the state government must have spent a minimum of Rs 50 crore to keep the Pakistani terrorist alive,” a senior official told TOI.

Elaborating, the official pointed out that well over Rs eight crore was spent on construction of a special cell in Arthur Road jail alone, while another Rs 1.5 crore was spent on building a special prison ward inside J J Hospital. The construction of the special cell was personally supervised by then home minister Jayant Patil. Then Union home minister P Chidambaram too was personally monitoring the situation, particularly the security detail for Kasab. “Since we were able to catch Kasab alive, we were able to establish that he belonged to Pakistan. Given that, we are really not concerned about the cost,” the official said.

Further, he said, when the cost of the security personnel deployed at Arthur Road was calculated, the home department merely submitted the bills submitted by the Indo-Tibetan Border Police force, but at the same time completely ignored the cost incurred by the state government on the State Reserve Police Force companies deployed for his security. “It will be difficult to estimate the exact cost of security, but by rough estimates, it would be around Rs 3.5 lakh per day,” he said.

Besides security, the special cell and the jail ward at JJ Hospital, the home department has spent Rs 1.5 crore on providing special vehicles around the Arthur Road prison to ensure the safety of Kasab. Special security was also provided to the judge hearing the case as also special public prosecutor Ujwal Nikam. “The entire area in and around Arthur Road is so secure that even if a rocket is launched, no damage will be caused either to the jail building or Kasab’s cell,” he said.