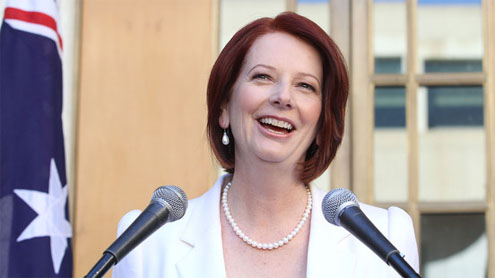 MELBOURNE: Australian Prime Minister Julia Gillard on Monday sent a stern warning to Pakistan stating that it must do more to counter terrorism and extremism, especially on its borders with Afghanistan.

The comments came while Gillard was speaking in Australian Parliament on the timetable for withdrawing the country’s troops from Afghanistan, according to the news agency AAP.Gillard said Australia would adjust its troop contribution when the primary training and mentoring task in Uruzgan province was completed and Afghanistan authorities take responsibility for security.”Our national interests in Afghanistan have not changed in 12 months,” she said adding that Australia would not abandon Afghanistan and planning for the post-transition period had started.

Australia’s post-2014 role in Afghanistan would include substantial development assistance and ongoing training to develop Afghan national security forces including police.”We will continue our efforts in Afghanistan to ensure that the country never again becomes a safe haven and training ground for international terrorism,” Gillard said.”It is time for Pakistan to do more to counter terrorism and extremism, particularly on its border with Afghanistan,” Gillard said.

“That is in the interests of Afghanistan, Australia, our coalition partners. It was also in the interests of Pakistan itself,” she said.Gillard said progress was being made across Afghanistan with Taliban under considerable pressure, its leadership weakened and its ability to recruit and resupply disrupted.”The government would keep under consideration a continued special forces presence in Afghanistan beyond 2014,” the Prime Minister said. – TOI