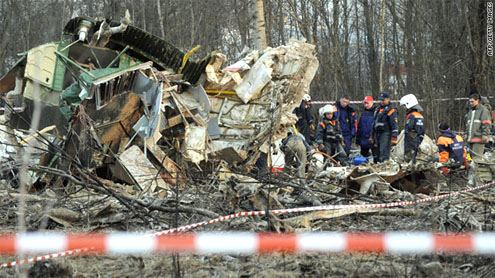 Mexico: The helicopter crash that killed Mexican Interior Secretary Francisco Blake Mora and seven others could have been caused by pilot error or instrument failure, the lead investigator said Wednesday.

Officials are just beginning to analyze the evidence collected from the crash site south of Mexico City by a team including U.S. and French investigators, said Gilberto Lopez Meyer, Mexico’s general director of airports and auxiliary services.The aircraft was flying in near zero visibility because of fog, he said. It was traveling at a normal cruising speed of up to 155 mph (250 kph) and operating normally when its back rotor clipped a tree, causing it to hit ground just under the nose and skid and break up over more than 150 yards (meters), he said.Lopez said the eight bodies were spread all along the route of the skidding craft.

“We don’t know why the pilot didn’t know he was about to crash. There is no indication that he tried to avoid the ground,” Lopez Meyer told reporters allowed to visit the crash site. “The helicopter has navigation instruments that should have allowed the pilot to know there was an obstruction and that he was in the wrong position and on the wrong path.”He said the crash could have been misjudgment by the pilot or failure of instruments “or a combination of both.”The helicopter’s instruments and navigational system have been moved to Mexico City for analysis, he said.

Mexican officials have said from the beginning that the crash, the second to kill an interior secretary in the term of President Felipe Calderon, was an accident.In what many Mexicans find hard to believe was an odd coincidence, a Learjet slammed into a Mexico City street in 2008, killing then Interior Secretary Juan Camilo Mourino and 15 others. That was blamed on pilot error.The 2008 crash caused wide speculation that it was a hit by drug cartels as a result of Calderon’s offensive against organized crime.Officials issued a thorough report in the Mourino crash to quell the speculation.

On Wednesday, they gave journalists an up-close look rare for Mexican investigations and a detailed explanation of what the probe has revealed so far at the crash site.Mexico keeps a tight lid on investigations into high-profile drug killings, including the dumping of 35 bodies in September in the Gulf state of Veracruz and the massacre of 72 migrants last year in the northeastern border area, failing to reveal even names of the victims or whether those detained in connection with the crimes have been prosecuted or convicted.

Blake Mora had been the face of the government’s drug war, pressing the message for Mexicans to stay tough in facing the cartels. He was on his way to a meeting of prosecutors when he died.More than 16 investigators, some wearing caps and T-shirts of the U.S. National Transportation Safety Board hats, rolled pieces of fuselage and sifted through debris on the hillside meadow where the helicopter crashed.Lopez Meyer said the field phase of the investigation was almost complete and they would begin in the next few days to move the remains of the helicopter to Mexico City. – Yahoonews