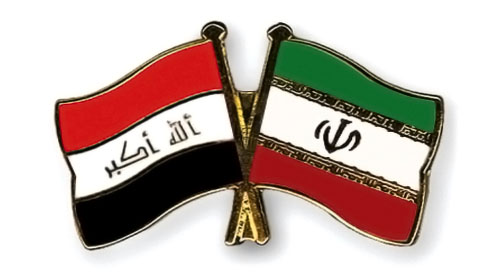 TEHRAN: Top generals from Iraq and Iran, which fought a bloody eight-year war in the 1980s, have discussed ways of bolstering military “cooperation” along their common border, the state-run television website reported on Monday.

“We can have the greatest military and defence cooperation due to the long shared border with Iraq,” the commander of Iran’s elite Revolutionary Guards, General Mohammad Ali Jafari.“We can have great cooperation against the common enemies of Iran and Iraq in the region and outside the region,” he said after talks with the Iraqi armed forces chief of staff, General Babak Zebari.“This cooperation can be in the fields of security, training, joint manoeuvre and sharing experiences,” he said.

According to the report Jafari said that several memorandums of understanding were inked between Iraq and the Revolutionary Guards.“Inshallah (God willing) they will bear fruit in the next visits,” he said without elaborating.The state broadcaster’s website quoted Zebari as saying that his country could learn from Iran to monitor its porous borders.“We have a long borders with Iran and some problems exists which can be solved with common cooperation. We can use Iran’s expertise in solving such problems,” he said.

Zebari on Sunday met with General Mohammad Pakpour, the commander of the Guards’ ground forces.The previously unannounced visit came as US forces prepare to leave Iraq by the end of 2011 after the failure of negotiations with the United States on a post-2011 training mission.Washington has regularly accused the Guards of supporting and arming Iraqi militias hostile to the US presence in Iraq.

The Iraqi government in early November declined offers from Iran and Turkey to train its forces after the departure of American forces.In July, the Guards launched a string of operations against the rebel Party of Free Life of Kurdistan (PJAK) and began shelling districts near the border with Iraq, killing dozens including the rebels’ deputy commander.PJAK rebels, designated as terrorists by Tehran, have often clashed with Iranian forces, sparking retaliatory bombing of their rear bases in the mountainous border districts of Iraqi Kurdistan. – Khaleejnews