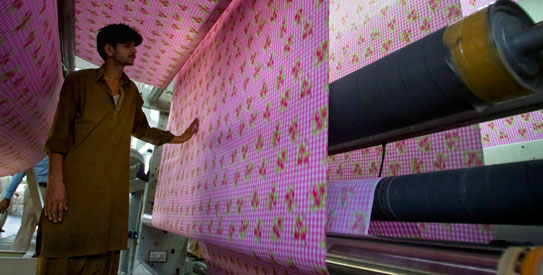 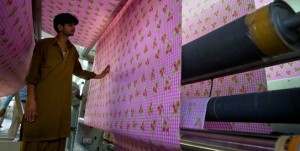 Europe and Pakistan had expected a long-announced plan for trade preferences for Pakistani textile makers to be approved during a meeting of trade diplomats in Geneva on Monday, but a Bangladeshi complaint effectively halted it.“A meeting took place yesterday in Geneva. Bangladesh made a short statement saying that they have some concerns,” said a diplomat in Brussels who is familiar with the talks.Another said Bangladesh had concerns about the impact of the European measures, which would make it easier for Pakistan to export textiles to Europe. Bangladesh competes with Pakistan for textiles sales to the European market.

The two year cut in tariffs offered by the EU would be a small boost for Pakistan’s exporters.
World Trade Organization rules say the same deal must be offered to all trade partners, so by making an exception for Pakistan, the EU needs to get all WTO members on side and any one country can block the deal.Until recently India, Pakistan’s neighbour and rival, had objected to the European plan, effectively vetoing it. But as tensions between the two traditional South Asian enemies have eased, India signaled it no longer opposed the plan. – Dawn

Sarkozy overheard to Obama: Netanyahu is a liar