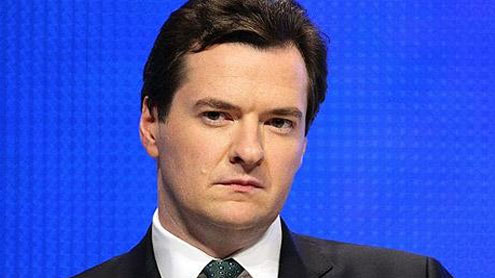 The Prime Minister says the government is on an “all-out mission” to kick-start industry. Nick Clegg, the Deputy Prime Minister, will announce that 35,000 jobs will be created using nearly £1 billion of public money.

He will unveil new investment in more than 100 projects that should trigger billions of pounds additional investment from private enterprise. It will include six “shovel-ready” projects, including two new power stations.Ministers will be dispatched around the country to press home the message that creating new jobs is vital to growth, with figures to be published tomorrow that are likely to provide further evidence that Britain is struggling to emerge from the recession. Economists expect Britain’s gross domestic product to have increased by 0.3 per cent between July and September, a slight improvement on the 0.1 per cent growth in the previous quarter.

The Coalition has been criticised for not doing enough to boost growth, with Chancellor George Osborne too focused on reducing the country’s deficit.He addresses this today by claiming that there will be a drive on updating the country’s infrastructure. Writing in a newspaper, he says: “In terms of future productivity, this infrastructure deficit is as serious as our budget deficit. In terms of job creation today, getting construction projects off the ground is critical.“Too often projects get hobbled by planning restrictions, funding blockages or regulatory burdens. So this autumn the government is on an all-out mission to unblock the system and get projects under way.”

Mr Cameron said he would push the message at a meeting of G20 leaders later this week that “inward-looking, beggar-my-neighbour policies benefit no one”, stressing the need to combat trade imbalances. He says Britain must do better at restoring competitiveness.Companies “from virtually every sector you can think of” will benefit from the investment, according to Whitehall sources.

They include companies from the telecommunications, services, hospitality, electronics and automotive sectors.Mr Cameron will emphasise the need to bring super-fast broadband to remote areas, expecting private industry to match a £1 billion investment already announced from government and local authorities.

One Whitehall source said: “It is bringing forward infrastructure investment where possible, dealing with difficult planning decisions across Whitehall.“This is the Prime Minister’s obsession with ‘shovel-ready’ projects that could make a difference in the near-term. He has pushed for it and it is being delivered. He wants to ensure every sinew was strained to get the economy moving.

”Officials at the Department of Business, Innovation and Skills are hoping that the money, from the Regional Growth Fund, will trigger a further £6 billion in investment from private companies.They have tried to focus the public cash on small companies and those in the manufacturing supply chain as much as possible. Due diligence on the successful bidders for the public money will start today.

Two new power stations in Yorkshire, creating more than 1,000 jobs and enough energy to power more than two million homes, will be approved. Charles Hendry, the energy minister, said this was “a further example of our determination to clear the backlog of planning applications, to stimulate growth and enhance our energy security”.BT will also announce a £300 million investment to help two thirds of homes and offices get access to super-fast “fibre” broadband by the end of 2014.Six million homes and offices already have access to fibre broadband. That figure will leap to ten million in 2012 and then up to 17 million by the end of 2014.BT said it hoped to take on 520 engineers, mostly from the Armed Services, to help with its programme.

Labour increased the pressure on Mr Cameron over his handling of the economy by claiming that 200,000 businesses would be hit by tax changes that penalised firms that invested in the long term.Analysis from the House of Commons library suggested that the tax changes would have a severe impact on firms investing in technology, machinery and buildings.In another blow to the Coalition, experts at the Centre for Economic and Business Research said unemployment was set to rise in all but three regions of Britain.

They warned that the jobless figures were likely to rise generally but would peak at lower levels than in the early 1990s.Some of the largest rises were likely to be in Northern Ireland, Scotland, Wales and the North East.A poll by Ipsos Mori for the Resolution Foundation, a think-tank, also suggests that a third of Britons are cutting back their spending.In the survey, published today, 35 per cent of respondents who were in work said they felt secure in their job, compared to 41 per cent in July. For those working part-time, the figure was just 27 per cent. – Thetelegraph