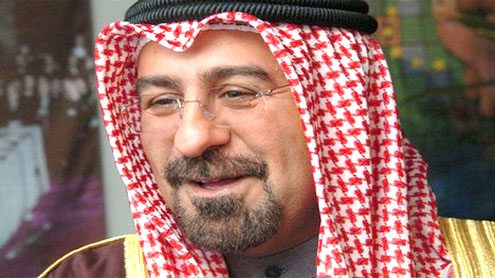 KUWAIT CITY: Kuwaiti Foreign Minister Sheikh Mohammad Al-Sabah, a senior member of the ruling family, has tendered his resignation, reportedly over a graft case, and it has been accepted, an official statement said on Tuesday.

“The resignation of Deputy Prime Minister and Foreign Minister Sheikh Mohammad Al-Sabah has been accepted,” State Minister for Cabinet Affairs Ali al-Rashed said in the statement carried by the official KUNA news agency.No reason was given for the resignation of one of the most senior members of the cabinet but Kuwait media said he had quit over an alleged graft scandal involving several MPs and possibly government officials.Rashed himself was appointed as acting foreign minister until a new minister is appointed.

Kuwaiti media said that Sheikh Mohammad, who has been foreign minister since 2003, submitted his resignation on Monday and did not attend the cabinet meeting.Sheikh Mohammad is the second senior ruling family member to quit the cabinet since June when deputy premier Sheikh Ahmad Fahad Al-Sabah resigned following an apparent power struggle with the prime minister.The new resignation came as the opposition stepped up its campaign for Prime Minister Sheikh Nasser Mohammad al-Ahmad Al-Sabah, a nephew of the emir, to step down.

The public prosecutor last month opened a probe into the bank accounts of about 14 of the 50 members of parliament on allegations they received some $350 million in “political” bribes.The resignation of the Harvard-educated minister came as leading opposition lawmaker Mussallam al-Barrak threatened to make public classified documents about alleged overseas money transfers through Kuwaiti embassies.The opposition has charged that some of the funds were transferred to bank accounts held by some MPs abroad, linking them to the graft scandal at home.

Barrak, who sent a list of questions to Sheikh Mohammad over a month ago about the issue, threatened Monday that he would make the documents public at an opposition rally if he does not receive the answers by midday (0900 GMT) Wednesday .The lawmaker however distanced Sheikh Mohammad from the allegations.Opposition MPs plan to file a request to question the prime minister on Thursday over allegations the government failed to deal appropriately with the corruption scandal.Kuwait, OPEC’s third largest oil producer, has been rocked by almost continuous political disputes since Sheikh Nasser became premier in February 2006, stalling development despite abundant oil income. – Khaleejnews

$104b investment on cards

$104b investment on cards