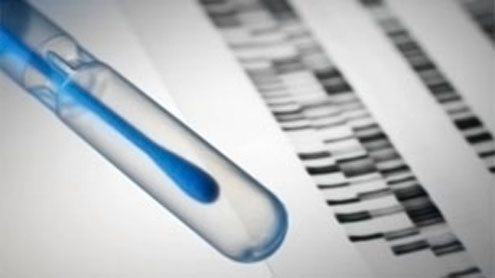 A major upgrade of the Federal Bureau of Investigation‘s (FBI) DNA database system has come under fire from members of the forensic science community.

The Codis system is used to generate the genetic profiles stored in the US national DNA database.The FBI wants to expand the number of genetic markers used by Codis to classify individual DNA profiles.But a former science chief at the bureau says the plan is not being driven by scientists’ needs.Dr Bruce Budowle, along with colleagues Arthur Eisenberg and Jianye Ge, outlined the objections at the Promega 22nd International Symposium on Human Identification (ISHI) in Maryland, US.

Another scientist told BBC News the changes were vitally important because they would set down how DNA profiles were recorded in the United States for perhaps “the next 20 years”.While working at the FBI in the 1990s, Dr Budowle helped choose the genetic markers currently used by Codis.He says the review is a good idea, but that choosing the right markers for forensic casework is crucial.He told BBC News the FBI did not sufficiently consult with the forensic science community before making its recommendations.

“The first time around we took a community-wide approach – 21 laboratories rolling up their sleeves and generating data we could analyse and [use to] make decisions,” explained Dr Budowle, from the University of North Texas Health Science Center in Fort Worth.”This time around, they formed a working group of around five [scientists] and an FBI person to decide what the core set should be.”Should the needs of Codis – our national database system – drive the casework processes, or should the needs of casework drive the Codis processes?”I would hope the latter is obviously what should be done.”

The US national database – the largest in the world – currently contains about 10m offender profiles and has assisted in more than 141,000 investigations.Codis (which stands for Combined DNA Index System ) uses a set of 13 genetic markers – known as the “core loci” – to generate individual DNA profiles. In May 2010, the FBI established a six-strong working group to review the core loci used for database searches.

It has now recommended the current set of 13 markers be increased to 24.The importance of these markers was demonstrated in the case of a British man arrested in 1999. His DNA profile matched that collected in a burglary when compared at six genetic loci.

The suspect spent several months in jail before his lawyer demanded a 10-marker re-test. The suspect differed from the burglary suspect at one of the four additional markers and was set free.While the probabilities of such chance matches between unrelated individuals are relatively small, they increase as DNA databases grow in size.In addition, some genetic markers are better for certain tasks than others, said Dr Budowle, who pointed to what he said were inconsistencies in the selection process for the core loci.Dr Budowle said some of the markers used in the new and old Codis schemes comprised such large fragments of DNA that they can be difficult for forensic scientists to detect in crime scene DNA – which can be prone to degradation, or may only be present in small amounts.

Even if large fragment markers are informative, Dr Budowle said, “if you have degraded samples and you don’t get it, it’s useless”.He added: “The analysts [in my lab] come to me all the time with difficult cases. They say of the large-fragment ones: ‘Get rid of them because they don’t give results’.”He also said the new scheme passed over informative markers on the Y (male) chromosome which would be useful for familial searching – a technique used when scientists cannot find an exact match for a sample in a DNA database.Familial searching relies instead on finding close, but not perfect, matches that might represent close relatives of a suspect.

A spokesperson for the FBI Laboratory declined to comment directly on Dr Budowle’s presentation.However, Dr Douglas R Hares, from the FBI Laboratory in Quantico, Virginia, who chairs the Codis expansion working group, recently outlined the bureau’s recommendations in the journal Forensic Science International: Genetics.The changes are intended to increase the power to discriminate between individual profiles and to reduce the likelihood of chance matches.The bureau also wants to increase compatibility with international databases to enable cross-border information sharing – of increasing importance in counter-terrorism.

Dr Hares said the working group had set out objective criteria for the acceptance of any new markers, and had consulted with the makers of DNA analysis kits.However, Dr Budowle urged the FBI to carry out more research on the performance of different markers in past forensic investigations before settling on a new set.He explained: “If we do the homework and the data supports that these were the best [markers], that’s great. If it doesn’t support it and we come up with a better set of markers, that’s equally great.”Reach out, get a lot of viewpoints, talk to people who have a lot of experience. Don’t limit yourself.”

Dr Greg Hampikian, a forensic DNA specialist from Boise State University, told BBC News: “Bruce has raised specific, substantive, scientific issues about the choice of the new loci.”His point is not that these are bad, but there are better ones available – specifically, ones with more power to tell the difference between individuals, and more likelihood of detection in degraded samples (since they would detect smaller pieces or DNA).

“Dr Hampikian also backed the inclusion of informative Y chromosome markers, particularly in cases involving familial relationships and sexual assaults. Y chromosome markers have to be analysed separately at present, and he said this could result in critical lost time in investigations.

“Bruce has become a courageous voice for scientific rigour in forensic genetics. We have seen some forensic practices adopted too quickly, and those result in tragic wastes of precious investigation time, wrongful prosecutions, and more victims,” he said.A similar challenge to that faced by the FBI looms for custodians of the UK’s National DNA database (NDAD), which holds about 4m profiles.

The NDAD currently uses 10 core loci to generate profiles; but Professor Sir Alec Jeffreys, who helped pioneer DNA profiling, has recommended the number be increased to 15 or 16.Some researchers are concerned about the absence of a timeline for upgrading the NDAD, and that, without it, the UK risks falling well behind the rest of Europe. – BBC