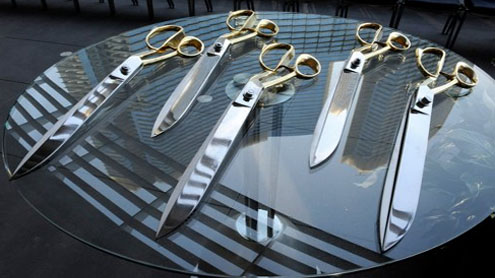 A woman cut off her husband’s penis with a pair of scissors and threw the severed member into a river in revenge for his affair with another woman and his physical abuse, police in Taiwan said Sunday.

The 30-year-old Vietnamese woman, identified only by her surname, Pan, cut off about half her husband’s penis at their home in the southern city of Tainan after he took drugs and sleeping pills and fell asleep, police said.The woman allegedly claimed she had thrown the severed member of her drug-addicted Taiwanese husband into a river before turning herself in.”She has been taken into custody on charges of assault,” a police officer told AFP on condition of anonymity.

The woman allegedly told police she felt no regret about what she had done to her husband, who is 29 years old, jobless and a known user of illegal drugs.Police said she claimed to have suffered beatings even though she had worked at a local karaoke shop to support the family since the pair married two years ago.Her husband’s affair with another woman, which he did not attempt to hide, prompted her revenge, the suspect said, according to police.If convicted, she faces a jail term of up to 12 years. – Yahoonews