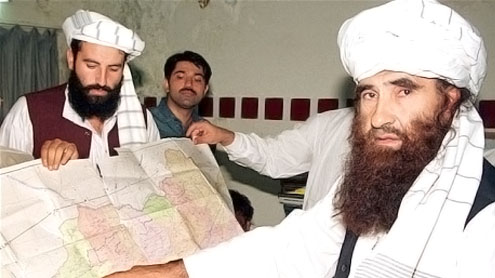 A top commander of the Haqqani militant network has been killed in a US drone strike in the Pakistani tribal area of North Waziristan, a US official says.

Janbaz Zadran “played a central role in helping the Haqqani network attack US and coalition targets” in Afghanistan, the official told the BBC.The US blames the Haqqanis for attacks including one on the US embassy and Nato in Kabul last month.Pakistan’s restive tribal area is frequently targeted by drones.Many insurgents – from the Taliban as well as the Haqqani network – have taken shelter there.

In line with US policy, the official did not confirm reports earlier today that the killing was the result of a strike from an American-operated drone aircraft.Janbaz Zadran, who the US says was also known as Jamil, was a key lieutenant to Badruddin Haqqani, one of the group’s commanders and the son of its founder, the Associated Press says.Badruddin Haqqani is on a US state department blacklist.

Zadran had access to Haqqani’s leadership in Miram Shah. He served as a key lieutenant to Haqqani network commander Badruddin Haqqani. In May, the US designated Badruddin Haqqani a terrorist. He’s the son of the group’s founder, Jalaluddin Haqqani, according to the State Department.”His death in Miram Shah makes him the most senior Haqqani leader in Pakistan to be taken off the battlefield,” the official said.The drone strikes come as the US special envoy to Afghanistan and Pakistan, Marc Grossman, arrived in Islamabad in an effort to improve relations with Washington.

Drone attacks have escalated in the region since President Barack Obama took office in 2008. More than 100 raids were reported in the area last year.A number of militants, some of them senior, have been killed in the raids, but many civilians have also died.The US does not routinely confirm drone operations, but analysts say only American forces have the capacity to deploy such aircraft in the region.Last month, US Secretary of State Hillary Clinton said the US was in the final stages of deciding whether to label the Pakistan-based Haqqani network a foreign terrorist organisation.Relations between the US and Pakistan have been severely strained since the killing of al-Qaeda chief Osama Bin Laden on Pakistani soil by US commandos in May. – BBC