by ToP
in International News
5 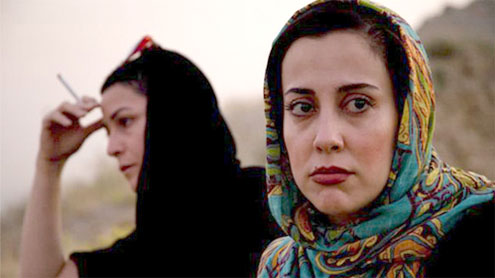 Australia has expressed concern over reports that an Iranian actress has been sentenced to jail and 90 lashes for being in a film critical of Iran.

Marzieh Vafamehr starred in the 2009 Australian film My Tehran for Sale, about an actress whose work is banned.Reports of her sentence appeared on an Iranian opposition website although authorities have not confirmed it.Australian Foreign Minister Kevin Rudd urged Iran “to protect the rights of all Iranians and foreign citizens”.

“The Australian government condemns the use of cruel, inhuman or degrading treatment or punishment and is deeply concerned by reports that Marzieh Vafamehr has been sentenced to one year in jail and 90 lashes for her role in an Australian-produced film,” a spokeswoman for Mr Rudd said in a statement.Iranian website Kalameh.com, which carried the report of the sentence on Monday, said Ms Vafamehr’s legal team was lodging an appeal.The film’s producers, Kate Croser and Julie Ryan, said they were “deeply shocked and appalled” by the reports.

They said they did not know details of the reported charges but said they believed they related to scenes in which Ms Vafamehr appears without a hijab headscarf.Other reports suggest she was jailed because the film did not have the necessary permits.But the film’s Iranian-Australian director, Granaz Moussavi, said the accusations “have no grounds”.

“All the documentation has been provided to the Iranian court to show that permits were in place for the production of the film,” she said.Correspondents say lashing sentences are not unusual in Iran but many are not carried out.My Tehran for Sale premiered at the 2009 Adelaide Film Festival and has also been shown at the Rotterdam Film Festival and the Global Lens programme at New York’s Museum of Modern Art.Although never intended for release in Iran, it is believed to have found its way on to the black market. – BBC

US Breaks Up Major Terror Plot by Iran