Israelis and Palestinians embrace only parts of peace initiative 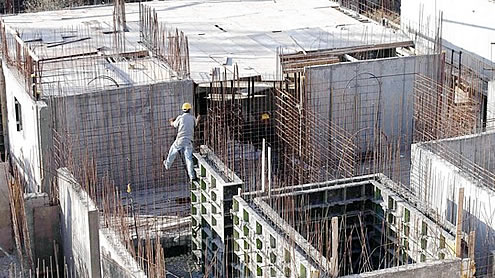 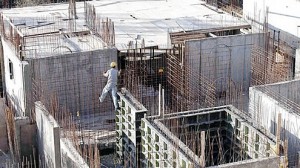 Israelis and Palestinians are struggling to respond to the latest international peace initiative, with each side embracing parts they liked and dismissing those they didn’t. More than a week after the group known as the Mideast quartet launched its effort to get the two sides back to the bargaining table, neither Israel nor the Palestinian Authority has formally accepted or rejected the initiative as a whole, reflecting an apparent desire to avoid alienating the body, which is composed of the U.S., European Union, United Nations and Russia. Israel issued a statement Sunday saying it would embrace the quartet’s call for direct talks with no preconditions, which mirrors the position that Prime Minister Benjamin Netanyahu has held since he took office in 2009.

But Israeli officials are expressing reservations about other elements of the plan, including a timeline for negotiating borders of a Palestinian state within three months and completing a deal within one year. Israelis fear that once borders are determined, Palestinians will be less willing to budge on other hot-button issues. “If agreement is reached now on borders and territory, there is no reason for the Palestinians to compromise on issues we hold important, like refugees, Jerusalem and the holy sites,” Israeli Vice Prime Minister Silvan Shalom said Sunday. “Why not do it the other way around?”

The latest plan was floated as Palestinian Authority President Mahmoud Abbas made a dramatic appearance at the United Nations last month to formally request recognition of Palestinian statehood. Abbas said Palestinians were tired of waiting for negotiations with Israel to bear fruit. The U.S. opposed Abbas’ move, and the Palestinian application is likely to remain before the U.N. Security Council for some time. Palestinians called the quartet proposal encouraging, saying it has “very few flaws.” But they complain that it does not go far enough to set ground rules for future negotiations. On Saturday, Palestinian Authority official Nabil Shaath focused chiefly on the proposal’s call to honor past peace deals, which required Israel to halt settlement construction on land it seized during the 1967 Middle East War.

The quartet stopped short of making a settlement freeze a precondition for renewed talks. Shaath said Palestinians would not return to negotiations until Israel halted settlement construction and agreed to negotiate using 1967 borders as a baseline. Each side is also accusing the other of ignoring the quartet’s call to cease “provocative” actions that could poison the atmosphere for talks. Last week Israel announced that it was building an additional 1,100 housing units in the Jewish development of Gilo, which Israel considers to be part of Jerusalem and Palestinians view as occupied territory. And Palestinians are pushing ahead with their bid for U.N. membership, despite Israel’s strong objections. U.S. and European leaders have condemned both moves as obstacles to peace.

“Both sides are trying to figure out how to say yes and no at the same time,” said Gershon Baskin, founder of the Israel-Palestine Center for Research and Information. “Neither believes there is a possibility to reach a negotiated agreement, but neither wants to be held responsible for a failure of talks before they start. “But if there is any rationality in the thinking of Israeli and Palestinian politicians, there has to be an awareness that this might be their last chance,” Baskin said. – latimes