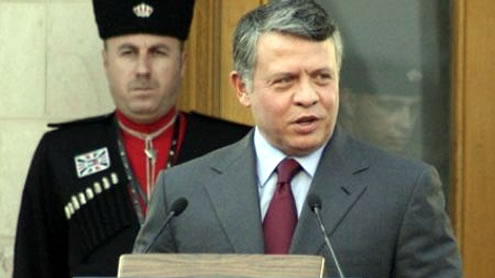 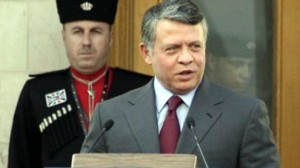 AMMAN: Jordan’s King Abdallah on Friday issued a decree approving a series of constitutional amendments deemed necessary for adopting political reforms. Earlier in the day, demonstrations were launched across the country considering the amendments to the constitution that were recently worked out by the two houses of parliament as inadequate and do not live up to the aspirations of the people. Demonstrators also called for the ouster of Prime Minister Marouf Bakhit’s Cabinet and the dissolution of both houses of Parliament.

The amendments okayed by the monarch on Friday provided, among other things, for the trial of ministers by civilian courts, the setting up of a constitutional court and the supervision of general elections by an independent body. The amendments, which were proposed earlier by a royal committee in response to months of demonstrations inspired by the uprisings in Egypt and Tunisia, are designed to guide the government to adopt political reforms, mainly new legislations governing general elections and political parties. The two houses of Parliament, upon a proposal by the government, decided to keep the State Security Court and assigned to it the duty of ruling in disputes relating to treason, terrorism and forgery of currency.

The Muslim Brotherhood movement, the country’s main opposition group, has threatened to boycott any future general elections if the constitutional amendments did not lead to the limitation of the king’s powers, among them the appointment of prime ministers. The group also said that any new election law should lead to the formation of governments with majorities at the lower house of parliament. The Brotherhood also called for the cancellation of the State Security Court and the direct election of the upper house of Parliament, instead of its members being appointed by the king. There was speculation in the local press that the king’s endorsement of the constitutional amendments would pave the ground for a government change and early polls. – Arabnews