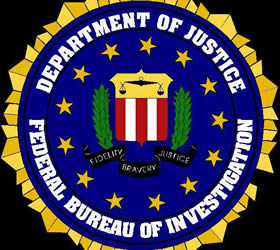 The FBI and Homeland Security have issued a nationwide warning about al-Qaida threats to small airplanes, just days before the anniversary of the 2001 terrorist attacks. Authorities say there is no specific or credible terrorist threat for the 10-year anniversary of the attacks on the World Trade Center and Pentagon. But they have stepped up security nationwide as a precaution.
According to a five-page law enforcement bulletin issued Friday, as recently as early this year, al-Qaida was considering ways to attack airplanes.
The alert, issued ahead of the summer’s last busy travel weekend, said terrorists have considered renting private planes and loading them with explosives.
“Al-Qaida and its affiliates have maintained an interest in obtaining aviation training, particularly on small aircraft, and in recruiting Western individuals for training in Europe or the United States, although we do not have current, credible information or intelligence of an imminent attack being planned,” according to the bulletin obtained by The Associated Press. The bulletin also says al-Qaida would like to use sympathetic Westerners to get flight training, then get them to become flight instructors. Matthew Chandler, a spokesman for the Department of Homeland Security, described the bulletin as routine. “We shared this information with our partners to highlight the need for continued awareness and vigilance,” he said.
Aviation security is much tighter than it was a decade ago, but al-Qaida remains keenly interested in launching attacks on airplanes, believing large attacks with high body counts are more likely to grab headlines. Threats to small airplanes are nothing new. After the 2001 attacks, the government grounded thousands of crop dusters amid fears the planes could be used in an attack. In 2002, U.S. officials said they uncovered an al-Qaida plot to fly a small plane into a U.S. warship in the Persian Gulf. And in 2003, U.S. officials uncovered an al-Qaida plot to crash an explosives-laden small aircraft into the American consulate in Karachi, Pakistan. – Yahoo News
Previous Post