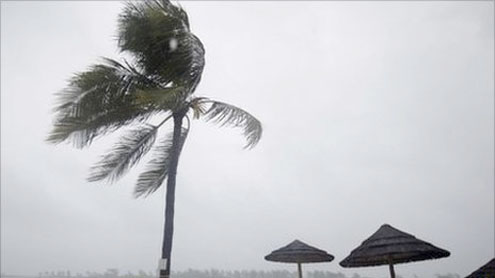 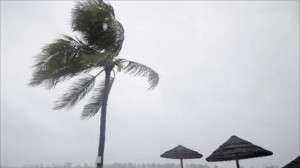 Soldiers have been airlifting storm-relief supplies to Vermont towns which remain cut off after the trail of destruction left by Irene. More than 200 roads are blocked or washed away in Vermont, hampering rescue efforts to 13 towns. Irene killed 44 people in 13 US states, according to the Associated Press, and caused billions of dollars’ damage. About half of the 6.7 million people on the east coast who lost power still have no electricity. Vermont is reeling from its worst floods since 1927, and officials warned some rivers and creeks there had yet to crest.
National Guard troops flew in food, water and other emergency supplies to the rural, mountainous state on Tuesday. They also brought in some provisions by road, using heavy-duty lorries. Irene had been expected to bring the most havoc to coastal areas, but some of its worst destruction took place far inland. Governor Peter Shumlin told MSNBC television: “We’ve got a long slog ahead. Irene really whacked us hard.” In the Vermont town of Rochester, one resident, Wendy Pratt, used a generator to post an update on Facebook to tell of the chaos. “People have lost their homes, their belongings, businesses,” Ms Pratt wrote. “The cemetery was flooded and caskets were lost down the river. So many areas of complete devastation.” – BBC
Previous Post