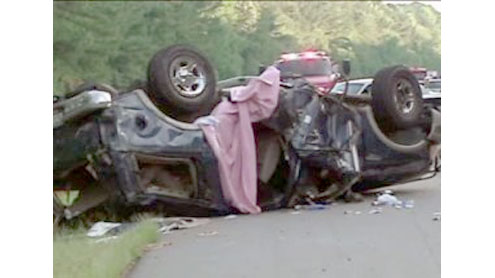 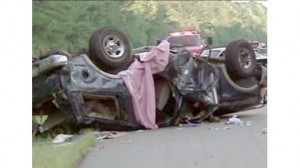 WILSON, N.C: A New York family returning from Disney World was devastated Saturday evening when women representing three generations were killed in a wreck on Interstate 95 in eastern North Carolina.Trooper G.G. Barnes of the North Carolina Highway Patrol said early Sunday that a 22-year-old woman, her mother and grandmother were killed when the family’s SUV blew a tire on northbound I-95 in Wilson County, the driver lost control and the vehicle overturned.

Barnes identified the victims as Rosanny Marte, 22; Angela Marte, 46; and Rosa Marte, 71. Five other family members in the vehicle — including the husbands of Angela and Rosa Marte, and Angela’s two other children and nephew — remained hospitalized early Sunday with non-life-threatening injuries. Barnes said the family is from New York City.Barnes said the two older female victims were not wearing seatbelts and were thrown from the vehicle, which came to rest off the highway. – Yahoonews