Business fund to be set up for London riot areas 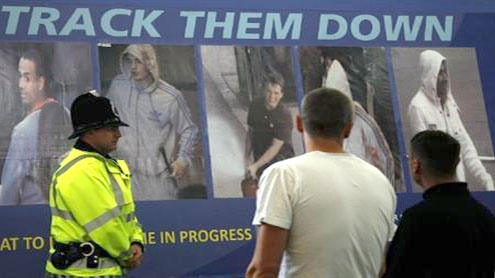 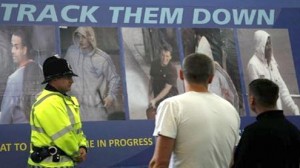 Britain will seek to rebuild business confidence in riot-hit London by creating an enterprise fund on Wednesday for the worst-affected areas, according to a government source, as ministers come under pressure to do more than just talk tough.

Much of the government’s response to four days of rioting and looting across England last week has been limited to harsh rhetoric against the looters, with a handful of measures to toughen up policing.Critics say deeper social and economic problems such as inequality, deprivation and high youth unemployment must also be addressed if Prime Minister David Cameron is to achieve his goal of fixing what he calls “broken Britain.”

Some have drawn parallels with inner-city riots in London and the northern city of Liverpool in the early 1980s which, although initially blamed on lawlessness, were found by an inquiry to have been triggered by racial inequality, poverty and tensions over heavy-handed policing.”We can get immediate help to those areas that bore the brunt of the disturbances and get growth moving,” the source said.The new fund is intended to help get businesses in areas of London such as Tottenham — where the riots began — and Croydon back on their feet, the source said.

Details will be announced by ministers on Wednesday, alongside the creation of more enterprise zones across Britain intended to spur private sector growth in a depressed economy struggling to grow again after an 18-month recession.The unrest, which tarnished the image of London and its police force with just a year to go before the city hosts the Olympics, caused hundreds of millions of pounds in damage, with shops set ablaze and many looted and ransacked.Cameron, also facing questions about his handling of a phone hacking scandal at a News Corp newspaper edited by his former communications chief, has been criticised by some Lib Dems for a “knee-jerk” reaction to the riots.

The prime minister has been quick to tap into public disgust over the violence, blaming it on a breakdown in morality and family values and promising a tough fightback, but he has offered little so far in the way of longer-term solutions.Opinion polls show voters have been unimpressed by his response. Many want tougher policing and harsh punishments for the looters but Cameron may also be judged in the long term on his ability to fix the underlying problems behind the riots.He has denied that the government’s austerity measures are in any way to blame for the unrest and has also stopped short of announcing a full inquiry into the outbreak of disorder, despite calls for one from across the political spectrum.

Community leaders have complained that cuts to youth, welfare and employment services — and police budgets — are exacerbating long-standing tensions in inner-city areas in a nation that ranks among the most unequal in the developed world.An official report into riots in poor, inner-city parts of England in the early 1980s, during the tenure of former Conservative leader Margaret Thatcher when Britain was gripped by recession, recognised social problems such as inequality and deprivation needed to be addressed.Back then, Thatcher appointed a prominent government minister, Michael Heseltine, to find out what had gone wrong in riot-hit areas and to help rebuild communities.

The government will also announce 11 more low tax, light regulation enterprise zones across Britain which could create up to 30,000 jobs by the time of the next election due in 2015, the source said.The zones are part of the government’s growth plan, an initiative aimed at rebalancing the economy as ministers slash public spending to tackle a record budget deficit.”It is vital that we create balanced economic growth across the country,” the source said. “It is time for the Government to help every part of the country to grow and realise its potential.” – Reuters