Stingers enabled Taliban to shoot down US chopper 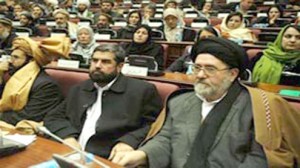 ISLAMABAD: Taliban used stinger missile to shoot down the Chinook 47 that killed US Navy Seals among 31 troops in Afghanistan, an Afghan Parliamentarian has claimed.Member of Afghan Parliament’s Lower House, Wolesi Jirga, Huma Sultani, who had claimed that Taliban Supreme Commander Mulla Omer was in Afghanistan and ready for peace talks, told Media that Taliban also possess anti-aircraft gun. She also claimed that the ill-fated chopper was on a mission hunting the Supreme Commander.Sultani, who was said to be in close contacts with Taliban top leadership for peace talks, said the US Navy seals, who had killed Osama bin Laden this year, were looking for Mulla Omer around 150 km of Kabul. The parliamentarian said, “When she got the report she announced inside the Afghan Parliament that Mulla Omer was in my home.” She said that it could affect peace with Taliban, whose top commander is being targeted when they are ready for talks for peace in Afghanistan.

She questioned destruction of Chinook by an RPG 7 or ordinary gun as it was a bullet proof helicopter. “US wants to conceal that Taliban have weapons like stinger missiles and anti-aircraft gun and their defence is stronger than the world knows,” she said. When contacted for official version US Army’s Lt Col Jimmie E. Cummings JR, a spokesman of ISAF in Afghanistan, said that the initial reports from the ground force reported an RPG being shot at the helicopter. “Though the incident is still under investigation, we have not received any information or evidence regarding any kind of new weapon,” .

Responding to a question, he claimed that ISAF had flown more than 50,000 rotary wing missions during the past year and only 3 helicopters have been lost to enemy fire. There have been 10,000 rotary wing missions supporting special forces and the helicopter lost on 6 Aug was the first in 12 months, he added.“We have not seen any evidence of any kind of new air defence weapon were being deployed on the battlefield,” the spokesman told Media by an email message. The NATO forces are also denying that it was hunting Mulla Omer in the Superb of Kabul when the Chinook was crushed.

The lieutenant colonel said that the Afghan and coalition security force conducted several operations in the area to dismantle the Taliban network in Sayyidabad district run by Din Mohammad. On 5 August, the security force was moving to contain the compound where Mohammad’s replacement, and former second-in-command was assessed to be, he said. It is pertinent to mention that on August 6, a military helicopter was shot down in eastern Afghanistan, killing 31 U.S. special operation troops, most of them from the elite Navy SEALs unit that killed al-Qaida leader Osama bin Laden, along with seven Afghan commandos. The incident is considered as the greatest set back to US in the war on terror in Afghanistan. – Onlinenews