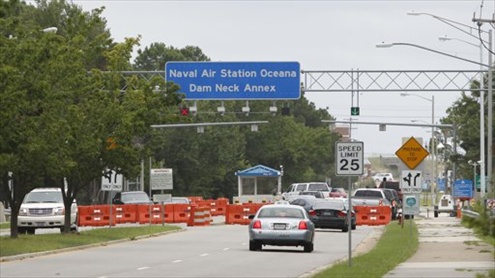 Insurgents shot down a U.S. military helicopter during fighting in eastern Afghanistan, killing 30 Americans, most of them belonging to the same elite Navy SEALs unit that killed Osama bin Laden, as well as seven Afghan commandos, U.S. officials said. It was the deadliest single loss for American forces in the decade-old war.

The downing Saturday was a stinging blow to the lauded, tight-knit SEAL Team 6, months after its crowning achievement, and was also a heavy setback for the U.S.-led coalition as it begins to draw down thousands of combat troops fighting what has become an increasingly costly and unpopular war.

None of the 22 SEAL personnel killed in the crash were part of the team that killed bin Laden in a May raid in Pakistan, but they belonged to the same unit. Their deployment in the raid in which the helicopter crashed would suggest that the target was a high-ranking insurgent figure.

Special operations forces, including the SEALs and others, have been at the forefront in the stepped up strategy of taking out key insurgent leaders in targeted raids, and they will be relied on even more as regular troops pull out.

The strike is also likely to boost the morale of the Taliban in a key province that controls a strategic approach to the capital Kabul. The overnight raid took place in the Tangi Joy Zarin area of Wardak province’s Sayd Abad district, about 60 miles (97 kilometers) southwest of Kabul. Forested peaks in the region give the insurgency good cover and the Taliban have continued to use it as a base despite repeated NATO assaults.

The Taliban claimed they downed the helicopter with a rocket while it was taking part in a raid on a house where insurgents were gathered in Wardak overnight. Wreckage of the craft was strewn across the crash site, a Taliban spokesman said.

A senior U.S. administration official in Washington said it appeared the craft had been shot down. The official spoke on condition of anonymity because the crash is still being investigated.

“Their deaths are a reminder of the extraordinary sacrifices made by the men and women of our military and their families, including all who have served in Afghanistan,” President Barack Obama said in a statement, adding that his thoughts and prayers go out to the families of those who perished.

The U.S.-led coalition said 30 American service members, a civilian Afghan interpreter and seven Afghan commandos were killed when their CH-47 Chinook crashed in the early hours Saturday. A current U.S. official and a former U.S. official said the Americans included 22 SEALs, three Air Force combat controllers and a dog handler and his dog. The two spoke on condition of anonymity because military officials were still notifying the families of the dead.

Geneva Vaughn of Union City, Tennessee, told The Associated Press on Saturday that her grandson Aaron Carson Vaughn, a Tennessee native, was one of the SEALs who was killed.

Jon Tumilson of Rockford, Iowa, was also among the SEALs killed in the attack, his father George Tumilson told The Des Moines Register.

Afghan President Hamid Karzai announced the number of people killed in the crash and the presence of special operations troops before any other public figure. He also offered his condolences to the American and Afghan troops killed in the crash.

The deaths bring to 365 the number of coalition troops killed this year in Afghanistan and 42 this month.

Taliban spokesman Zabiullah Mujahid said in a statement that the helicopter was involved in an assault on a house where insurgent fighters were gathering. During the battle, the fighters shot down the helicopter with a rocket, he said.

The casualties are believed to be largest loss of life in the history of SEAL Team Six, officially called the Navy Special Warfare Development Group, or DEVGRU. The team is considered the best of the best among the already elite SEALs, which numbers 3,000 personnel.

The death toll surpasses the previous worst single day loss of life for the U.S.-led coalition in Afghanistan since the war began in 2001 — the June 28, 2005 downing of a military helicopter in eastern Kunar province.

In that incident, 16 Navy SEALs and Army special operations troops were killed when their craft was shot down while on a mission to rescue four SEALs under attack by the Taliban. Three of the SEALs being rescued were also killed and the fourth wounded.

Afghanistan has more U.S. special operations troops, about 10,000, than any other theater of war. The forces, often joined by Afghan troops, carry out as many as a dozen raids a night and have become one of the most effective weapons in the coalition’s arsenal, also conducting surveillance and infiltration.

From April to July this year, special operations raids captured 2,941 insurgents and killed 834, twice as many as those killed or captured in the same three-month period of 2010, according to NATO.

The coalition plans to increase its reliance on special operations missions as it reduces the overall number of combat troops.

Night raids have drawn criticism from human rights activists and infuriated Karzai, who says they anger and alienate the Afghan population. But NATO commanders have said the raids are safer for civilians than relatively imprecise airstrikes.

The loss of so many SEALs at once will have a temporary impact on the tempo of missions they can carry out, but with an ongoing drawdown of special operations forces from Iraq, there will be more in reserve for Afghan missions.

The site of the crash, Tangi, is a particularly dangerous area, the site where many of the attacks that take place in the province are planned, said Wardak’s Deputy Gov. Ali Ahmad Khashai. “Even with all of the operations conducted there, the opposition is still active.”

The U.S. army had intended to hand over its Combat Outpost Tangi to Afghan National Security Forces in April, but the Afghans never established a permanent base there. “We deemed it not to be stategic and closed it,” said coalition spokesman U.S. Army Maj. Jason Waggoner. “The Taliban went in and occupied it because it was vacant.”

Western military commanders have been debating moving forces from other areas in Afghanistan to reinforce troops around the capital and in the east, where the Taliban is often aided by al-Qaida and other terrorist groups. Earlier this year, the U.S. military closed smaller outposts in at least two eastern provinces and consolidated its troops onto larger bases because of increased insurgent attacks and infiltration from the Pakistan border.There have been at least 17 coalition and Afghan aircraft crashes in Afghanistan this year.

Most of the crashes were attributed to pilot errors, weather conditions or mechanical failures. However, the coalition has confirmed that at least one CH-47F Chinook helicopter was hit by a rocket propelled grenade on July 25. Two coalition crew members were injured in that attack. – Yahoo News