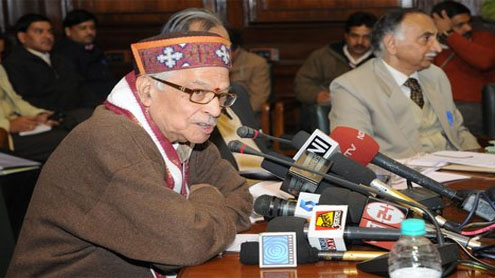 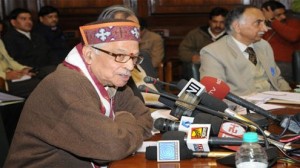 NEW DELHI: An all out political war broke out on Wednesday with the Public Accounts Committee (PAC) coming down heavily on the PMO, cabinet secretariat and faulting the Prime Minister in the 2G scam while the Congress and DMK hit back demanding chairman Murli Manohar Joshi’s resignation.Riled by critical comments against Prime Minister Manmohan Singh, the ruling coalition accused Joshi, a veteran BJP leader, of having “malafide intentions” to destabilise the government after he circulated a draft report of the Committee which criticised the PMO and Cabinet Secretariat for not tking “corrective action”.The report will be discussed tomorrow at meeting of the PAC which is likely to be stormy. With the strength of the two sides delicately balanced in the 21-member committee, the role of SP and BSP, which have a member each on the PAC, will be important.The PAC has seven representatives from the Congress, four from BJP, two each from AIADMK and DMK, and one each from Shiv Sena, BJD, JD (U), SP, BSP and CPI(M).

Joshi is keen on pushing the report before the term of the current Committee ends on Saturday. But the ruling coalition members are expected to stall the report by seeking further discussion and calling more witnesses, including former telecom minister A Raja in a bid to prolong the process.They may insist on a vote on the issue in tomorrow”s meeting. An indication was available when Congress member KS Rao said the ruling coalition has a majority in the PAC and “you will see it tomorrow”.The report did not spare even Singh for “some unfortunate omissions” that led to the 2G spectrum allocation scam being dubbed by the Opposition as the biggest scandal in independent India.

The report also attacked the then finance minister P Chidambaram for recommending to the Prime Minister to “treat the matter as closed” instead of taking action against those responsible for loss to the exchequer.The voluminous report had some unpleasant words for Singh, who had kept his office at “arm”s length” in 2G spectrum issue which helped Raja “to execute his unfair, arbitrary and dubious designs”.The report says the Prime Minister on January three, 2008 wanting to keep the PMO at “arm”s length” seemed to have given an “indirect green signal” to Raja to go ahead and “execute his unfair, arbitrary and dubious designs”.The controversial distribution of licences and spectrum was taken by the DMK representative in the Cabinet on January 10, 2008, which the CAG had estimated a presumptive revenue loss of over Rs 1.76 lakh crore.The report said the PMO certainly either failed to see the “forebodings or was rendered a mute spectator”. – TOI