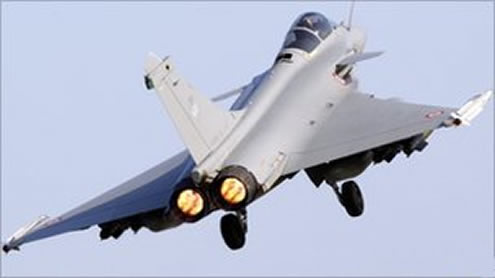 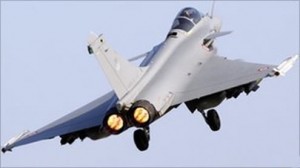 French fighter aircraft have destroyed five Libyan air force planes and two helicopters in an attack on the forces of Col Muammar Gaddafi. A French spokesman said the aircraft were caught on the ground at Misrata air base preparing to launch attacks in the area of the rebel-held town. France is one of the coalition countries enforcing a UN no-fly zone aimed at protecting civilians.

Rebels have captured the eastern town of Ajdabiya and have pushed westwards. Libyan TV reported more air strikes overnight at Sabha in central Libya. Libyan state television said military and civilian areas had been hit, but there was no independent confirmation. The TV also said there had been air strikes near Col Gaddafi’s power base of Sirte, on the Mediterranean coast east of Tripoli.

Reports from besieged rebel-held Misrata said shelling ceased when coalition planes flew overhead on Saturday. “The shelling has stopped and now the war planes of allies are above the sky of Misrata. The shelling stopped when the planes appeared in the sky,” one rebel told Reuters news agency. Misrata has become a key focus for the battle in western Libya: it is the only significant rebel-held city left, and has been under heavy bombardment for days.

The rebels in Misrata are cut off from those in the east, who have Libya’s second city of Benghazi as their stronghold. The rebellion against Col Gaddafi’s four decades in power began in mid-February, inspired by uprisings in neighbouring Egypt and Tunisia which saw the leaders there overthrown. The eastern towns along the coast had been lost one-by-one to advancing pro-Gaddafi forces before coalition airstrikes started last week.

Libyan officials said the strikes have killed nearly 100 civilians. US Defence Secretary Robert Gates said there are intelligence reports that Col Gaddafi’s forces have taken the bodies of people killed in their own attacks and placing them at the site of air strikes so they can blame the coalition for their deaths. Rebels in eastern Libya entered Ajdabiya on Saturday after coalition strikes left wrecked tanks, armoured vehicles and artillery pieces at both the eastern and western gates to the town.

Reports said they later seized the town of Brega, 70km (45 miles) to the west. In his weekly address, US President Barack Obama said that the “clear and focused” military mission in Libya was succeeding. “Make no mistake, because we acted quickly, a humanitarian catastrophe has been avoided and the lives of countless civilians – innocent men, women and children – have been saved,” he said.

Census day 2011 to take snapshot of life in UK