Census day 2011 to take snapshot of life in UK 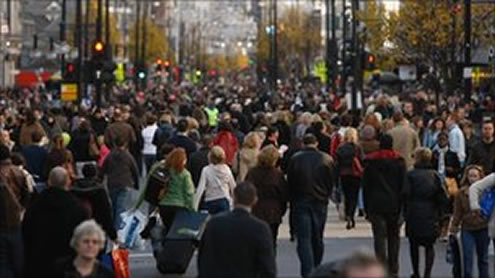 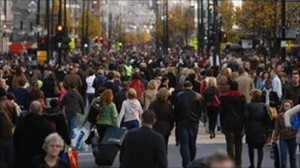 A snapshot of British life will be taken today – the official day for people to complete the 2011 census. Every household in the country has been sent a form that asks who is living there as well as seeking details on jobs, education and ethnic background. The aim is to get an idea of who is living in the UK on a specific day, and how they live their lives.

Filling the forms in is compulsory and this year for the first time households will be able to complete them online.

The census has taken place every 10 years since 1801, apart from during World War II. The government says the census will enable it to plan public services for the future. Questions include national identity, ethnic group, educational qualifications, job titles, method of travelling to work and health status. For the first time there will be enquiries on civil partnerships, second homes and recent migration.

But there will be no questions on income, sexual orientation or the nature of any disability. The census is organised by the Office for National Statistics in England and Wales, the General Register Office for Scotland, and the Northern Ireland Statistics and Research Agency.

The majority of questions are the same or similar throughout the UK, but the three surveys are customised to meet specific statistical needs. For example, people in England may have been puzzled by question 17, which states “This question is intentionally left blank, go to 18”. But this is because question 17 on the form in Wales asks about use of the Welsh language and census officials wanted the form to be as consistent as possible across the UK.

Many of the questions ask respondents to tick boxes, but there are a couple that will particularly underline how the UK is changing and help provide future generations with an insight into the Britons of 2011. People are given 34 characters in which to answer the question “Briefly describe what you do (did) in your main job”. Although respondents are asked to base their answers on the people in their household on 27 March 2011, they could have filled their form in at any point since they were first received.

Those who are unable to complete it on the requested date are advised to do it “as soon as possible afterwards”. More than one million forms have already been submitted online and census organisers believe that about a quarter of the 26 million households being surveyed will complete the document on the internet. But there is a warning for anyone who thinks they may be able to get away without completing the form.

Enforcement officers will start knocking on the doors of homes where a census form has not been completed in five weeks’ time. Repeated failure to fill in the census form could result in a fine of up to £1,000. – BBC