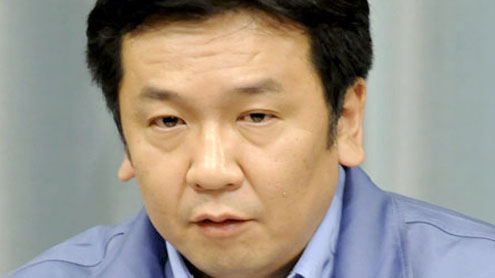 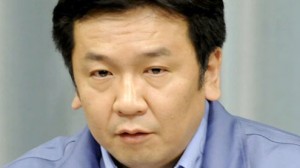 FUKUSHIMA: Japan suspended operations to keep its stricken nuclear plant from melting down Wednesday after surging radiation made it too dangerous to stay.Chief Cabinet Secretary Yukio Edano said the workers dousing the reactors in a frantic effort to cool them needed to withdraw.”The workers cannot carry out even minimal work at the plant now,” Edano said. “Because of the radiation risk we are on standby.”The nuclear crisis has triggered international alarm and partly overshadowed the human tragedy caused by Friday’s earthquake and tsunami, which pulverized Japan’s northeastern coastline, killing an estimated 10,000 people and severely damaging the nuclear plant.Since then, authorities have tried frantically to avert an environmental catastrophe at the Fukushima Dai-ichi complex in northeastern Japan, 140 miles (220 kilometers) north of Tokyo.Edano said the government expects to ask the U.S. military for help. He did not elaborate. He said the government is still considering whether and how to take up the various offers of help from other countries.The surge in radiation was apparently the result of a Tuesday fire in the complex’s Unit 4 reactor, according to officials with Japan’s nuclear safety agency. That blast is thought to have damaged the reactor’s suppression chamber, a water-filled pipe outside the nuclear core that is part of the emergency cooling system.Officials had originally planned use helicopters and fire trucks to spray water in a desperate effort to prevent further radiation leaks and to cool down the reactors.”It’s not so simple that everything will be resolved by pouring in water. We are trying to avoid creating other problems,” Edano said.”We are actually supplying water from the ground, but supplying water from above involves pumping lots of water and that involves risk. We also have to consider the safety of the helicopters above,” he said.A U.S. nuclear expert said he feared the worst.”It’s more of a surrender,” said David Lochbaum, a nuclear engineer who now heads the nuclear safety program for the Union of Concerned Scientists, an activist group. “It’s not like you wait 10 days and the radiation goes away. In that 10 days things are going to get worse.”

“It’s basically a sign that there’s nothing left to do but throw in the towel,” Lochbaum said.The government has ordered some 140,000 people in the vicinity to stay indoors. A little radiation was also detected in Tokyo, triggering panic buying of food and water.There are six reactors at the plant, and the three that were operating at the time have been rocked by explosions. The one still on fire was offline at the time of the magnitude 9.0 quake, Japan’s most powerful on record.Japan’s nuclear safety agency estimated that 70 percent of the rods have been damaged at the No. 1 reactor.Japan’s national news agency, Kyodo, said that 33 percent of the fuel rods at the No. 2 reactor were damaged and that the cores of both reactors were believed to have partially melted.”We don’t know the nature of the damage,” said Minoru Ohgoda, spokesman for Japan’s Nuclear and Industrial Safety Agency, or NISA. “It could be either melting, or there might be some holes in them.”Meanwhile, the outer housing of the containment vessel at the No. 4 unit erupted in flames early Wednesday, said Hajimi Motujuku, a spokesman for the plant’s operator, Tokyo Electric Power Co.NISA said fire and smoke could no longer be seen at Unit 4, but that it was unable to confirm that the blaze had been put out – Yahoonews