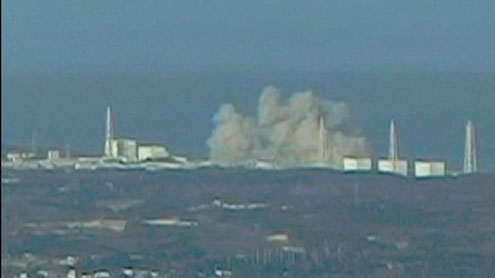 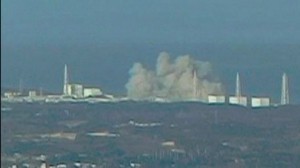 As authorities work to avert a disaster at Japan’s Fukushima Daiichi nuclear power plant, the situation there is prompting countries across the globe to reevaluate the safety of existing nuclear plants and their plans to build new atomic facilities.German Chancellor Angela Merkel on Monday announced a three-month review of plans to continue operating her country’s 17 nuclear power plants.The plants had been scheduled to be phased out by 2021, but Ms. Merkel’s government agreed last year to keep them online for an additional 12 years.  “We know how safe Germany’s nuclear power plants are.  But it is also true that we cannot yet ignore the importance of nuclear energy as a bridging technology, if we want to continue to cover our own energy consumption as Europe’s largest economy and if we want to respect climate protection,” she said.Switzerland has suspended the approval process for three nuclear power plants, so safety standards can be reconsidered.  And India has ordered safety inspections for all of its nuclear plants.Chinese officials say they will learn from what has happened in Japan, but stressed that the pace of the country’s plans to build new reactors will not be affected.  China is aggressively expanding its nuclear power industry.

Industry experts say explosions at three reactors in Japan will seriously affect what many call a nuclear renaissance, a growing shift toward nuclear power as an alternative to fossil fuels.  The World Nuclear Association, which promotes nuclear power and related industries around the world,155 new nuclear reactors are planned or are under construction — most of them in Asia.International Atomic Energy Agency Director General Yukiya Amano says its too early to say how the crisis in Japan will affect the nuclear power industry.   “In my view, this is not the accident by design or by human error.  This is an accident caused by natural disaster that is unprecedented,” he said.Amano says the situation in Japan does not change the fact that the world needs a stable source of clean energy to mitigate the impact of climate change.Australia’s Prime Minister Julia Gillard says her nation has plenty of alternative sources of energy and does not need nuclear power.The United States has not brought a new nuclear power plant online since before the accident at Pennsylvania’s Three Mile Island facility in 1979.

Speaking at a White House press briefing on Monday, Deputy Secretary of Energy Daniel Poneman said nuclear power accounts for 20 percent of U.S. energy production and must be a part of the nation’s clean energy policy. “We do see nuclear power as continuing to play an important role in building a low-carbon future.  But be assured that we will take the safety aspect of that as our paramount concern,” he said.President Barack Obama is seeking tens of billions of dollars in government loan guarantees for the construction of new U.S. nuclear power plants.But Ellen Vancko of the Union of Concerned Scientists says the situation in Japan will only add to the troubles nuclear power faces in the United States. “The nuclear industry was in trouble in the United States, was in trouble long before last week’s earthquake and tsunami.  Spiraling construction costs estimates, declining energy demand, low natural gas costs and the failure to put a price on carbon already spelled trouble for this industry,” she said.For now, Vancko says, the crisis in Japan will likely lead to safety inspections at all U.S. nuclear power plants – Voanews

President calls for structural improvements in educational system in Sindh

People to decide who is better among Deedar Hussain, Saifurrehman: Babar Awan

People to decide who is better among Deedar Hussain, Saifurrehman: Babar Awan