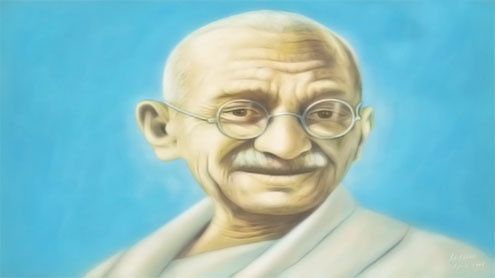 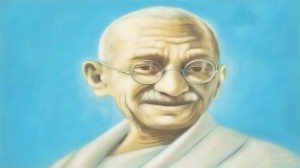 LONDON: A fascinating letter from Mahatma Gandhi, is expected to fetch an estimated 10,000 pounds at UK’s Bonhams makes reference to his belief in passive resistance and the need for unity between Hindus and Muslims.”I venture to claim that I have rendered a service of the highest order by advising the Mohamedans of India to express their sentiments in a restrained manner and by advising the Hindus to make common cause with them,” Gandhi wrote in the letter to British journalist Edmund Candler.Lot 441 in the Papers & Portraits: The Roy Davids Collection Part II at Bonhams, is a part of Indian history.The letter was written by Gandhi clearly for publication on 15th December 1919, and is expected to fetch an estimated 8,000-10,000 pounds at Bonhams auction on March 29.And, declaring his ‘Relentless pursuit of truth’, Gandhi also explains his attitude towards the British and his position in relation to the Khilafat question, on Indian Muslims to support the Khalifah, their spiritual head.It is written in English in a secretarial hand with a few minor autograph corrections. The address is 2 Mozang Road, Lahore. This one of the most important single letters/articles by Gandhi to come on the market in thirty years and more.In the words of Gandhi, it “enable me to explain my position more fully than perhaps it has been by my writings & speeches’ and references to his central concepts of satya (Truth), ahimsa or Satyagraha (non-violence) and the need for unity between Hindus and Muslims.”The year 1919/1920 was critical for both Gandhi and India’s national identity. He took a great step towards becoming a national communicator and leader through the press and Congress with a new message and new style.In 1919 Gandhi still had hope as a ‘staunch loyalist’; by 1920 he had become ‘an uncompromising disaffectionist and non-co-operator’.”I do not wish & have never wished to embarrass the government and I have never worked up an anti-British campaign for any cause whatsoever. My personal religion would forbid me to do either the one or the other.

My stubborn opposition to some acts of the British Government must not be mistaken for unfriendliness.Such peculiar notions are entertained about friendliness and loyalty in India that any strong expression of displeasure in regard to acts of Government passes for disloyalty.”Commenting on the Khilafat issue Father of the Nation wrote, “My regard for the claims of the Turk is derived totally from my regard for my fellow-countrymen the Mohamedans. I should forfeit the right to call them fellow-countrymen if I did not feel for them in everything vitally affecting them provided that the cause was just.The peace of my country is likely to be placed in jeopardy not by my earnest effort to guide the Mohamedan feeling in the right channel but it certainly will be by any thoughtless or ignorant action of British ministers – TOI

Hotel One in Sahiwal

Hotel One in Sahiwal