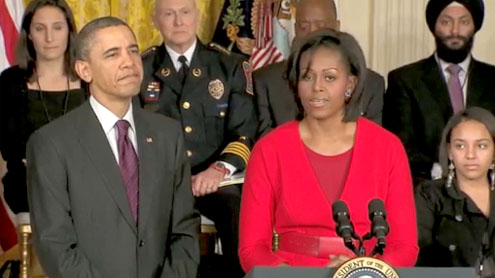 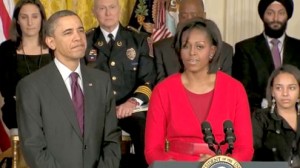 Facebook announced two new safety features Thursday in conjunction with a White House summit on bullying.A new reporting tool will let Facebook users, including teens and younger users, to privately report troubling content not just to the site itself but to parents, teachers and others in their support system.And an improved Safety Center, due out in the next few weeks, will provide educational videos, articles and other content created by bullying experts to help adults address the problem.”Today’s summit is about collaboration and being innovative in the ways in which we address safety,” the networking giant wrote on its Facebook Safety page. “We hope these new resources will help all of us — parents, teachers, kids, safety experts, and Facebook itself — work together to create safer environments.”In a video posted on the safety page, President Barack Obama and first lady Michelle Obama encourage Facebook members to join in the effort to decrease bullying, both online and off.”For a long time, bullying was treated as an unavoidable part of growing up,” President Obama says in the video. “But more and more we’re seeing how harmful it can be for our kids, especially when it follows them from their school to their phone to their computer screen.”Facebook said the “social reporting” feature is intended to get reports of bullying to the people with the best chance of stopping it.

Under the new system, a user could identify a photo, status update or other item as bullying them, then privately send a message to someone in their friend network about it.”Safety and child psychology experts tell us that online issues are frequently a reflection of what is happening offline,” Facebook wrote. “By encouraging people to seek help from friends, we hope that many of these situations can be resolved face to face.”The new Safety Center will constantly be updated with new information and tools, according to the post – CNN