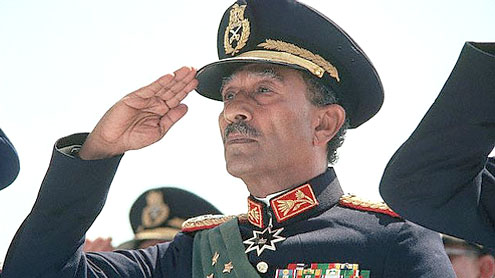 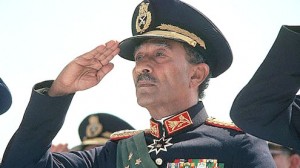 CAIRO: Egypt’s military rulers on Thursday ordered the release two cousins jailed for their role in the assassination of then-president Anwar Sadat in 1981.Abboud and Tarek el-Zomor served multiple sentences for their role in the shooting death of Sadat during a Cairo military parade. Despite the order, they have not yet been freed.They were convicted in 1984 of plotting the assassination and of belonging to the outlawed Islamic Jihad group — but not of actually killing Sadat. The five prime suspects, including the shooter, were captured and executed.The two were sentenced to 20 years in prison, the maximum term under Egyptian law.Tarek el-Zomor was ordered released in July 2005, but he was never set free because of an Interior Ministry’s discretionary power to hold a prisoner for up to five more years on security grounds.

Abboud el-Zomor was also expected to be released after serving his term but was kept behind bars on the same grounds.Some 60 other prisoners who have served their terms are to be freed under the same order.About 23,000 of the nation’s 80,000 prisoners escaped during the 18-day uprising that lead to the ouster of President Hosanna Mubarak on Feb. 11. There was an attempted prison break in the place where the el-Zomors were held, but the two did not flee.The release order was published on the state’s official news agency. It said those released will be subjected to a five-year surveillance period.In another development, the newly installed interior minister said the role of the hated State Security agency will be limited to fighting terrorism and espionage.

The nearly 100,000-strong agency was blamed for most of Egypt’s human rights abuses and had a central role in stifling domestic opposition to Mubarak. Protesters stormed their offices over the past few days, fearing its officers were trying to get rid of official documents that would incriminate top leaders in the abuses.The new minister, Maj. Gen. Mansour el-Essawy, said he is working on a new structure for the agency which will ensure it has no involvement in the daily lives of Egyptians.El-Essawy also apologized to the public for “the violations committed by some members of the police” in the recent period, in reference to the violent crackdown on the protests that began on Jan.25 and eventually forced Mubarak to step down. More than 300 people were killed.He said an official apology will be issued soon on behalf of the police force, he said. His comments Thursday were carried by the official news agency.The protest movement has been pressing for dissolving the State Security agency and putting police officers involved in attacking protesters on trial – Yahoonews