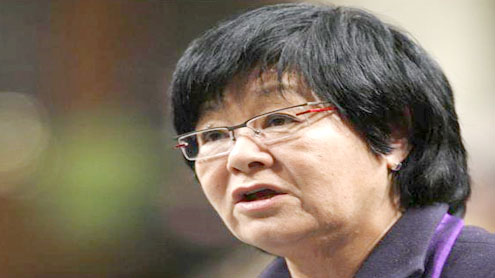 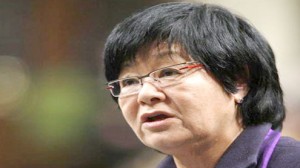 OTTAWA: The government received two formal reprimands on Wednesday but escaped an immediate nonconfidence debate that could have triggered an election.The rebukes are another big blow to a government that has suffered a series of ethical problems in the last few months.The government’s escape might be short-lived, since it could well be brought down over a budget to be presented on March 22. The Conservatives need the support of at least one of the three opposition parties and it is very unclear if that will happen.Peter Milliken, speaker of the House of Commons, first ruled the Conservatives had ignored Parliament’s demand to produce financial documents. He then said International Aid Minister Bev Oda had misled legislators over why she cut funding for an aid group the government disliked.Although polls show Conservatives would retain power in an election now — and might even turn their minority into a stable majority — opposition parties are confident they can benefit from the government’s ethical woes.”This speaker believes this government does not respect the democratic principles at the heart of our democracy … (he) has said ‘Wake up Canada, this is a government that cannot be trusted to respect the institutions of our country’,” said Michael Ignatieff, leader of the main opposition Liberals.The Liberals could in theory present a nonconfidence motion on March 21, the day before the budget. Ignatieff said he was keeping all his options open.

John Baird, the government minister in charge of day-to-day business in the House of Commons, said he would reflect on Milliken’s rulings.Milliken first said the government had failed to provide all details of a planned prison construction program despite being ordered to do so by a Parliamentary committee.”It is clear from a cursory examination of the material tabled that, on its face, it does not provide all the information ordered by the committee,” he said. “While (I find) this, in and of itself, unsettling, what is of greater concern is the absence of an explanation for the omissions.”

The Liberals responded by proposing the matter be sent to a special Parliamentary committee for further study. The Liberals want the committee to respond by March 21, and this could also set the scene for a nonconfidence vote.Milliken censured Oda, prompting the Liberals to insist she resign. Her case will also be discussed at committee.Last month four senior Conservative officials were charged with violating financing rules during the election campaign that brought the party to power in 2006.Last week an aide to the immigration minister quit after sending a letter on official ministerial stationery seeking funds for an advertising campaign aimed at ethnic minorities – Yahoonews

'Spider-Man' postponed; Taymor out as director