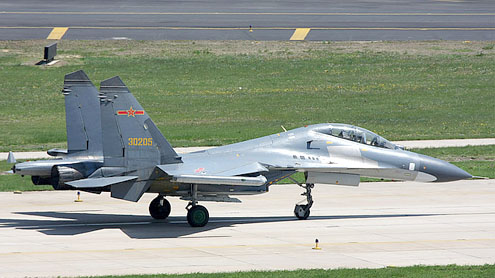 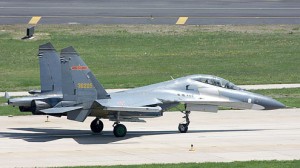 NEW DELHI: Apart from nuclear missile bases in Qinghai province which clearly target India, China has built five fully-operational airbases, an extensive rail network and over 58,000 km of roads in Tibetan Autonomous Region (TAR).People’s Liberation Army is also rapidly upgrading several other airstrips in TAR as well as south China, to add to the five airbases from where Chinese Sukhoi-27UBK and Sukhoi-30MKK fighters have practised operations in recent times.Moreover, with extensive road-rail links in TAR, PLA can amass upwards of two divisions (30,000 soldiers) at their “launch pads” along the border in just 20 days now compared to the over 90 days it took earlier.All this is not strikingly new but, soon after Beijing hiked its annual military budget to $91.5 billion, mounting concern over China’s massive build-up of military infrastructure was reflected in Lok Sabha on Monday.

Cutting across party lines, 19 MPs came together to quiz defence minister A K Antony on whether the UPA government was taking “cognizance” of the “increased Chinese military activities” along the 4,057-km LAC.Antony, in a written reply, said “necessary steps” were being taken in consonance with India’s national security concerns. “Military capacity enhancement and modernisation of armed forces is a dynamic process, which takes into account the cumulative challenges envisaged by the nation,” he said.”The total road network in TAR is assessed at 58,000 km in 2010. Extension of Qinghai Tibet Railway to Xigaze is in progress. Another railway line from Kashgar to Hotan in Xinjiang Uighur Autonmous Region is under construction,” he said, adding the five TAR airfields were Gongar, Pangta, Linchi, Hoping and Gar Gunsa.India is now, albeit belatedly, trying to strategically counter China. Just last week, for instance, saw two new Sukhoi-30MKIs touch down at Chabua airbase in Assam, the second airbase in North-East after Tezpur to house the multi-role fighters. Both airbases will have two Sukhoi squadrons (each has 16 to 18 jets) each.The Army, on its part, has raised two new mountain infantry divisions, with 1,260 officers and 35,011 soldiers. While the 56 Division has its HQ in Zakama (Nagaland) under the Dimapur-based 3 Corps, the 71 Division at Missamari (Assam) falls in the operational command of the Tezpur-based 4 Corps.IAF is also upgrading eastern sector ALGs (advanced landing grounds) like Pasighat, Mechuka, Walong, Tuting, Ziro and Vijaynagar as well as several helipads in Arunachal. This comes after the reactivation of western sector ALGs like Daulat Beg Oldi, Fukche and Nyama in eastern Ladakh – TOI