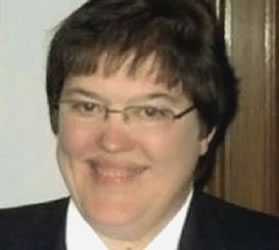 NEW YORK:A Catholic nun with a reputation for gambling trips to Atlantic City was accused of embezzling more than $850,000 from a college where she oversaw the school’s finances, officials said on Friday.Sister Marie Thornton, former vice president of finance at Iona College in New Rochelle, New York, is charged with sending phony invoices to the school to pay off personal credit card bills and expenses, the U.S. Attorney’s office said.The thefts occurred between 1999 and 2009, when Thornton resigned from the Catholic college, court documents said. She entered a plea of not guilty to a federal embezzlement charge.The college of some 5,000 students has come under fire from alumni and donors for never reporting the missing money to authorities and only mentioning the theft in its 2009 tax filing sent in February to the Internal Revenue Service.Iona officials issued a statement saying the school has implemented new financial oversight controls and recovered most of the missing funds.The nun had a reputation for visiting casinos in Atlantic City, New Jersey, according to former Iona basketball coach Jeff Ruland.The U.S. Attorney’s office originally said the theft was more than $1.2 million but on Friday revised the amount to more than $850,000, saying it had originally miscalculated.Thornton’s lawyer Sam Talkin said: “We think the case will be resolved in a manner fair to all the parties involved – Yahoonews