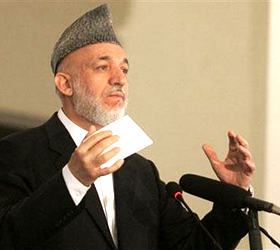 Results have been released from all but one of Afghanistan’s 34 provinces in September’s parliamentary elections.The outcome in Ghazni has been delayed after indications that not a single candidate from the largest ethnic group, the Pashtuns, had won a seat.Officials also disqualified another three winning candidates due to alleged fraud, taking the total number ruled out to 24 (one in 10 MPs).The results have been delayed by an electoral fraud investigation.Many of President Hamid Karzai’s favoured candidates did not do well in the vote and the Pashto-speaking majority in the old parliament has now disappeared.Supporters of the president have been warning that if Pashtuns feel disenfranchised that could mean more recruits for the Taliban.

The outcome’s credibility will be watched closely by the US and Nato, whose leaders have been re-examining their long-term commitment in Afghanistan.More than 10 weeks after the election, the Independent Election Commission (IEC) had promised to release final results.But IEC chairman Fazil Ahmad Manawi told a news conference in Kabul on Wednesday: “Only one constituency, which is Ghazni, is pending and that is due to technical problems.”Results from the other 33 provinces were posted on the commission’s website.”With all the shortcomings it was a major success for Afghanistan,” the IEC chairman added.Correspondents say it is difficult to analyse the results, given that there are no standard political parties in Afghanistan.Most of the 2,500 or so candidates were independents whose main allegiances are ethnic.Out of 249 seats which make up the lower house of parliament, or Wolesi Jirga, 238 have now been decided, said the IEC.It added that Ghazni’s result would be announced within days, but did not rule out a re-run in that province.

According to last month’s preliminary results, Hazaras won all 11 seats in Ghazni, even though they are the third largest ethnic group in the southern province and Pashtuns are in the majority. Pashtun leaders have said Taliban intimidation prevented them from voting.Disgruntled candidates, politicians and supporters have staged fresh protests calling for the election to be scrapped.A protest on a major highway from Kabul has left up to 5,000 commuters stranded in their vehicles since Tuesday in the northern province of Baghlan, its governor told the BBC.And in Kabul on Wednesday, about 150 people gathered outside President Karzai’s palace, calling for the election to be scrapped.The IEC has scrapped 1.3m votes as invalid – almost a quarter of those cast – because of irregularities.The poll was seen as a key test of stability, a year after the re-election of President Karzai was overshadowed by fraud.It was the war-torn country’s second parliamentary election since the 2001 US-led invasion and turnout was about 40% – Bbc