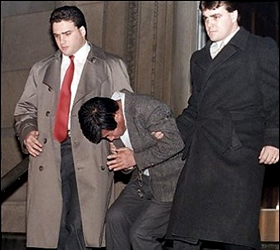 A Korean-born U.S. citizen has been sentenced to nearly five years in prison on charges of illegally attempting to buy rocket technology and military equipment for South Korea.Juwhan Yun was sentenced Wednesday in a U.S. federal courtroom in Florida. The 70-year-old Yun pleaded guilty in May to trying to buy such items as a Russian-built fighter aircraft and rocket propulsion system.Yun has history of illegal arms dealing, having been convicted in 1989 in connection with a failed attempt to supply Iran with 500 large bombs of sarin nerve gas.It is not clear whether the South Korean government was aware of Yun’s actions in the latest case.

Iran says US Hikers to Be Put on Trial November 6