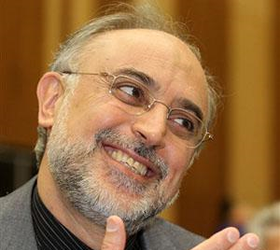 Ali Akbar Salehi said Wednesday that Iran now has 30 kilograms of 20 percent enriched uranium, almost double the amount reported in June.Iran is under four sets of United Nations sanctions for its refusal to stop enriching uranium. Iran says its production is for peaceful needs including for fueling a medical reactor.The EU and several countries have imposed additional penalties because of concerns that Iran is trying to create nuclear weapons.

Salehi also said Iran has discovered “good vein deposits” at a uranium mine in the outhern city of Bandar Abbas. He said the country is “preparing for extractions.”Last week, EU foreign policy chief Catherine Ashton proposed a mid-November meeting with Iran in Vienna to discuss its nuclear program.She offered to speak on behalf of the five permanent members of the U.N. Security Council and Germany, a group known as the P5 + 1.  – Voanews