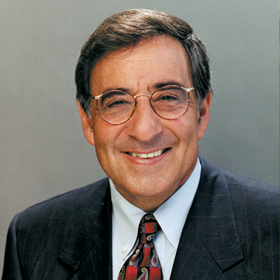 The U.S. Central Intelligence Agency says an internal review has found shortcomings in failing to prevent a 2009 suicide bombing in eastern Afghanistan that killed seven CIA employees and a Jordanian intelligence officer.CIA director Leon Panetta said Tuesday that Jordanian officials raised concerns about a Jordanian informant — Humam Khalil Abu-Mulal al-Balawi — who turned out to be an al-Qaida sympathizer.But in a statement to agency employees Tuesday, Panetta said shortcomings occurred across the agency and because of that “responsibility cannot be assigned to any particular individual or group.”He said the agency would undergo structural changes, including tightening security procedures and reinforcing counterintelligence practices.The December 30, 2009, bombing was the second-deadliest attack in the U.S. intelligence agency’s history.Balawi was recruited by Jordanian intelligence and brought to Afghanistan and Pakistan to try to infiltrate al-Qaida’s senior ranks. U.S. intelligence officials have said they gained confidence in him after he provided useful information.But when Balawi was brought to a CIA base in Khost on December 30 he detonated a suicide vest just before he was about to be searched near a building entrance.Both the Afghan and Pakistani Taliban have claimed responsibility for the attack – Voanews