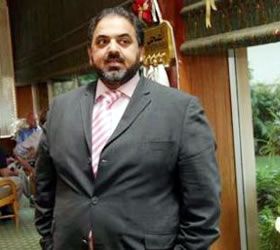 LONDON: British Muslim Parliamentarian Lord Nazir Ahmed has drawn the attention of the world powers to the immediate solution of the lingering Kashmir issue based on self-determination guaranteed under successive United Nations Security Council resolutions.Chairing a special meeting of All Parties Parliamentary Group on Kashmir (APPGK) at the House of Lords last night to asses the situation in Indian Occupied Kashmir, he said the self-determination of peoples is a basic principle of the United Nations Charter which has been reaffirmed in the Universal Declaration of Human Rights and applied countless times to the settlement of many international conflicts.Lord Ahmed, Chair of the APPGK, elaborated that Kashmir problem is an international issue which needs the immediate attention of the world powers. He said that the tortures, abuses, rapes and murders of innocent civilians continue to pervade Kashmir but have failed to reach our radars due to the Indian government’s censorship.
He warned given the West’s concern that Afghanistan is falling into the hands of the Taliban and the increased number of casualties on NATO’s side, it would be in Britain’s as well as America’s best interests to address Kashmir and give the Pakistani Army an extra hand in combating extremists on the Afghan border.If the situation continues to escalate, the promise of leaving Afghanistan will be impossible to keep, as NATO will have to count on fewer resources from Pakistan,” he pointed out.Lord Ahmed said that India and Pakistan’s nuclear arsenals pose a considerable nuclear threat. However, this possibility will only be reduced if pressure is mounted on India and Pakistan to resolve Kashmir.
The Kashmir conflict, he noted, poses a geopolitical threat because Pakistan’s role in Afghanistan will be hindered, economic ties in the region are likely to remain frail and we cannot idly sit as two nuclear powers fight over Kashmir.
Dr Ghulam Nabi Fai, Executive Director, Kashmiri American Council, who was invited to update the members of the APPGK said that the Great Britain has traditionally been committed supporter of the plebiscite agreement as the only way to resolve the Kashmir issue.Britain co-sponsored the resolution 47 of the Security Council which was adopted on April 21, 1948 and which states that the future of Jammu & Kashmir must be ascertained in accordance with the wishes and the will of the people.
Dr Fai reminded APPGK about the statement which was made by Mr. Noel Baker, the British Ambassador to the United Nations on April 17, 1948 who said, “I believe now, that the Kashmir dispute is the greatest and gravest single issue in international affairs. And today, after 62 years, Kashmir still is the most dangerous place one earth”, said Fai.
Dr Fai told the Members that some discerning observers perceive a growing awareness in the Indian middle class that the persistence of the Kashmir problem weakens India by diminishing its stature among the great powers.
He quoted Mr. Pankaj Mishra who said on August 14, 2010 that the protesters in Kashmir have a broader mass base than the Green Movement had in Iran. But no colour-coded revolution is heralded in Kashmir by Western commentators.Dr Fai made the reference of an article written by Arundhati Roy who said on August 22, 2008 that, Having declared that the militant movement has been crushed, it (India) is now faced with a non-violent mass protests. This one is nourished by people’s memory of years of repression in which tens of thousands have been killed, thousands have disappeared, hundreds of thousands tortured, injured bd humiliated.In response to a question, Dr Fai said that the people of Kashmir believe that the time has come that the world powers in general and the Obama Administration in particular let India know that if talks between India and Pakistan are to mean anything, they must be tripartite  Governments of India, Pakistan and the Kashmiri leadership; and they must be accompanied by practical measures to restore an environment of non-violence.Besides APPGK members, those who attended the meeting included  Nazir Quraishi, the senior vice president, World Kashmir Freedom Movement – App