Cyber attack threat ‘could be next Pearl Harbor’ 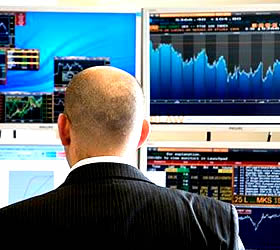 The claim comes as a Government report identifies the “growing threat” of computer hackers to Britain as a key priority for the security and intelligence services.The National Security Strategy, to be unveiled by David Cameron, lists cyber attacks alongside violent terrorism as the most important challenges faced. It is named ahead of natural disasters and military attacks from other countries in a list of the four most pressing concerns to national security.The strategy is a key precursor for the Strategic Defence and Security Review, to be published tomorrow, which will explain how Britain will defend itself against such attacks.It will also form the basis for spending decisions to be announced this week, including a £500 million boost to cyber defence, sources told The Daily Telegraph.Speaking ahead of the Prime Minister’s announcement, Sir Malcolm Rifkind, chairman of the ISC, said cyber attacks could pose “very massive problems”.He told BBC Radio 4’s Today programme: “It’s not people hacking into private citizens’ computers.“What we’re talking about is terrorists being able to actually use cyber methods, for example, to interrupt the National Grid to prevent proper instructions going to power stations, which are under computer control.“I was in the United States a few months ago and a very senior intelligence figure said to me that cyber attacks, he feared, were going to be the United States’ next Pearl Harbor.“That’s the kind of severity that could happen if we don’t get it right.”

The security and intelligence services and counter-terrorism police are to escape major cuts in this week’s public spending review due to the threats identified by the strategy.The primary threat remains al-Qaeda in Pakistan and its associates in Somalia, Yemen and North Africa, who continue to plan attacks against targets in Britain, the security strategy will say.That is likely to mean that MI5, MI6, GCHQ and the Metropolitan Police counter-terrorism command will escape the worst of the cuts. But the document will also highlight the threat from cyber attacks on government infrastructure.While not naming individual states, GCHQ, which is responsible for cyber defence, has been concerned for some time that states such as China and Russia are unlikely to use conventional or nuclear weapons in an attack on Britain and are more likely to attempt to shut down essential systems used to run the country.

Similar attacks have been seen when Russia has been in disputes with Estonia and Georgia, leading to problems with their internet and even cash machines.A third risk that will be highlighted is the threat of small-scale wars in foreign countries that may escalate out of control, drawing in neighbouring countries and creating havens for terrorists.That threat is likely to have a major bearing on the defence review tomorrow, which is likely to emphasise the need for mobile forces involving a combination of aircraft carriers and special forces.The fourth element will be the risk from natural disasters such as pandemic flu, where strategies have been developed over recent years.Iain Lobban, the head of GCHQ, said in a speech last week that the Government was receiving 20,000 malicious emails a month, of which 1,000 were deliberate attacks.

Theresa May, the Home Secretary, insisted that the four threats were not listed in any particular order, however, in interviews on Monday, she stressed the seriousness of terrorist and cyber attacks.”We are absolutely clear that we do have a very serious threat from international terrorism – that is why the threat level here in the UK is at severe,” she told ITV1’s Daybreak.”That means that an attack is highly likely, so everybody does need to be vigilant.”What we see today is more diverse sources of threat, but we are absolutely clear that we do have that very serious threat from international terrorism.”Speaking on Today, she later added: “Cyber security is a very growing threat. It’s a threat to government, to business and indeed to personal security.

“We have identified this as a new and growing threat to the UK and you just have to look at some of the figures.”In fact, about 51 per cent of the malicious software threats that have ever been identified were identified in 2009.”The expected focus on terrorism of the strategy will underpin moves towards mobile military units, intelligence-gathering and special forces and away from the tank brigades and jet fighters which dominated defence thinking in the Cold War.This strategic shift is certain to be reflected in the SDSR, which is expected to pave the way for manpower cuts in all three services, the closure of RAF bases and the withdrawal of Army tanks and RAF jets.A personal intervention by Mr Cameron spared the MoD the 10 -20 per cent cuts demanded by the Treasury, and a £5 billion project to build two new aircraft carriers for the Royal Navy will go ahead – Telegraph