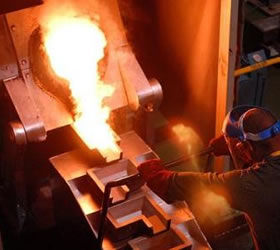 Its share price sank by 59½, or 10pc, to 564p, after the miner admitted that its employees had been trying to steal fuel in Tanzania.The number of suspended workers is about 40pc of its total workforce at the key African mine.African Barrick said that this year’s output at the Buzwagi mine will have to fall by 30,000 ounces, as it tries to stamp out criminal behaviour on the site.”We have recently uncovered an organized and systematic onsite fuel theft, which has impacted production at Buzwagi,” the company said in a statement on Thursday.“Investigations into this matter indicate that criminal fuel theft syndicates have widely infiltrated our mining department.”Despite the short-term impact on production, these actions were necessary to maintain the integrity of the operating environment at Buzwagi.”The company has already lowered its production target by 50,000 because of delays at the Tanzanian mine.

African Barrick, which is London’s largest listed gold producer, has now sent 20 executives to Buzwagi to help train a new team.The company became the largest to float in London since before the recession when it spun off from Canadian-listed Barrick Gold earlier this year.The Tanzanian assets made up around 10pc of its former parent’s business and the company is currently worth around £2.3bn.
African Barrick produced 716,000 ounces of gold in 2009 and forecasts production of 700,000-750,000 ounces in 2010.It had total reserves of 16.8m ounces at the end of 2009 and plans to be producing 1m ounces within four years.The price of gold set a new record on Thursday, hitting $1,376.9 per ounce for December delivery  – Telegraph