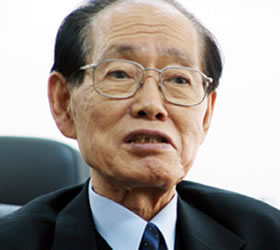 Funeral services were held Thursday in Seoul for a prominent defector from North Korea.More than 200 people came to the city’s Asan Medical Center to pay their last respects to Hwang Jong Yop, including former President Kim Young Sam and Unification Minister Hyun In Taek. Many of Hwang’s fellow defectors from the isolated communist regime were also in attendance.The 87-year-old Hwang was found dead Sunday at his carefully guarded home of apparent heart failure. He was secretary of North Korea’s ruling Workers’ Party when he defected during a visit to Beijing in 1997, making him the most prominent North Korean official ever to defect to the South.

Hwang spent the rest of his life as a harsh critic of Pyongyang, making him a target of numerous death threats.Two suspected North Korean spies were arrested earlier this year on suspicion they had been sent by the regime to assassinate Hwang.Hwang will be buried in a national cemetery in the city of Daejeon alongside former presidents, military personnel and other government officials. He was also honored with a posthumous award of the nation’s Order of Civil Merit – Voanews